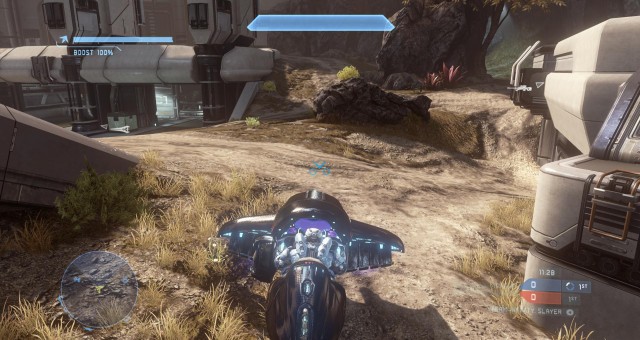 Fans of Halo 4 multiplayer can rejoice because Halo 4 Competitive Skill Ranking is now live. Even if you cringe at the thought of seeing your ranking in any multiplayer game this is still good news. Ever join a multiplayer match and every other player is at least 50 levels above you? Well Competitive Skill Ranking will help. Everyone is assigned a CSR score from 1 to 50 and this is used to match players with others of similar skill with 50 being the highest for each playlist. (You can find your CSR score through Halo Waypoint). You don’t have to do anything with your score because you’ll be matched automatically according to it. And it changes according to how you perform in matches or as a team so you can rise or fall in the rankings the more you play. So how does it work?

It works differently based on the multiplayer mode you’re playing. For free-for-all playlists it’s obviously based on your individual performance but that’s also the case for certain modes where you’re part of a team. It judges your performance at the end of each match based on your expected rank. So if you’re playing Infinity Slayer and your CSR score is high but you performed the worst on your team it will decrease regardless if your team won or not. And if you’re on a team that is getting slaughtered your CSR won’t decrease if you performed the best on your team. For the multiplayer modes that have team objectives such as Capture the Flag, your CSR is based on team wins and how you contributed to that win. So technically if your rank is 50 and you play with someone who is ranked 20 you will have to carry that team because your score is affected by a loss. But since you should be matched with and against those with similar scores you won’t be at a disadvantage if that somehow happened. If there are players who you play with regularly on your team who are ranked lower or higher than you then eventually the rank of all players on your team will reflect your team’s CSR as a whole. And since your CSR is different for each playlist you can have a high CSR in some playlists but low in other playlists.

I have noticed a difference in the matchmaking this past week since the Halo 4 Competitive Skill Rank went live. The matches have been better and more evenly balanced as a result. I haven’t tried all the playlists yet since it went live but this is definitely a good thing for casual multiplayer fans to the most hardcore fans. Below are the playlists for individual rankings and team based rankings.

See you on the battlefield Spartan