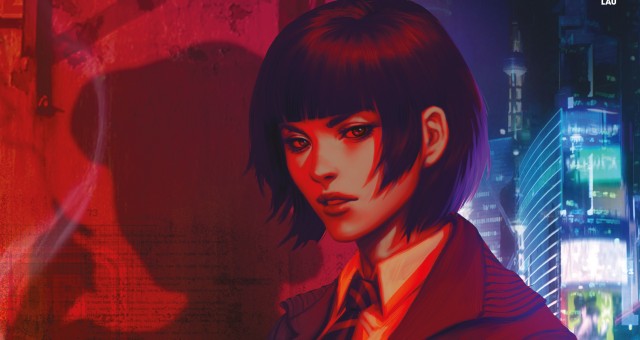 Blade Runner 2019 #1 is the start of a new series published by Titan Comics. It’s set in Los Angeles in 2019, and follows the story of Ash, one of the most talented Blade Runners. This issue opens up with Ash interrogating and taunting an injured replicant. She explains to him that he has one of two options: he can use the knife she gave him on himself or she can take him to a friend to be dissected for parts. Ash views her offer as an act of mercy considering this replicant is responsible for murdering five people. Either way, she knows she will get paid for completing the job.

However, replicants are becoming more scarce so the work is not as lucrative as it once was. An opportunity presents itself when a request for her help comes from the higher ups. The request is to find the missing wife and daughter of Alexander Selwyn, the head of the Canaan Corporation. Even though Ash has unique talents as a detective, the fact that she has remained free from corruption appeals the most the Selwyn. His wife and daughter mysteriously disappeared after a birthday party but no news alert was sent out. Selwyn is concerned that if the news is made public it would only invite enemies to hunt for them. Can Ash locate them before it’s too late? 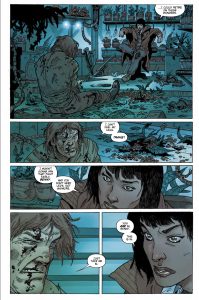 Setting a book in the world of Blade Runner is no small task. Yes, it gives the writer an established world to work with when crafting the story. On the other hand, a lack of world-building could make the story feel stale and the characters fall flat. So there’s a delicate balance in the story that has to be maintained in defining new elements while respecting the world that was previously established. Thankfully this issue is successful in capturing the Blade Runner mythos while planting the seeds to a story that could be as riveting as its start.

Ash is an intriguing character who appears to have some depth or, at the very least, will be entertaining in various predicaments. She’s known as the “honest” detective but she had no qualms toying with a homicidal replicant. So there’s an interesting backstory buried within the character. There’s also the potential for exciting situations as Ash scours the streets searching for Selwyn’s family. She comes off as authentic in the sense that she’s a product of this world but also her own person. I’m curious to see how the writers will explore the world through her experiences. 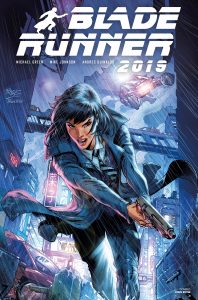 The story initially seems straightforward but the writing makes the issue captivating. Michael Green and Mike Johnson explore the world by putting the spotlight on class dynamics. This isn’t so much about delving into class warfare as much as it is about introducing locations (and potential future story lines). I’m not going to give away how the story unfolds so let’s just say I’m glad the story isn’t as straightforward by the end of this issue. And the story developments make me feel more invested.

Blade Runner 2019 #1 is an exciting start to the series, laying the groundwork for interesting story threads. Ash is an intriguing character and I’m looking forward to seeing her in various situations. So far, I’m optimistic that this series will bring the Blade Runner world to life once again.