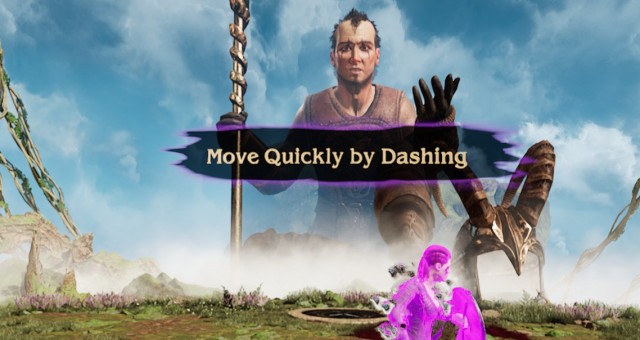 One of the exciting things in Asgard’s wrath Is when you enter one of Loki’s tutorials to learn a new skill. It’s almost as frustrating when you can’t get past a tutorial and continue the game. The Dash tutorial is one such tutorial. If not done properly, you can end up fighting the opponent endlessly not knowing what you’re doing wrong. Hint: if it’s taking you longer than 2-3 minutes to pass it or at least understand how to pass it then you’re doing it wrong.

The key to the Dash tutorial, and any tutorial, is to focus on performing the skill you just learned. It’s not necessary to have the status bars above the enemy’s head but if you do it’ll help you pass. The enemy performs two unblockable attacks. One attack is red and the other attack is blue. You have to dash out of distance when you see a red attack coming and that will fill up the enemy’s rage meter. If you’ve filled up the rage meter you can expect a blue attack. The difference between the two attacks is subtle. When it’s a blue attack his eyes will be red but the charge on his weapons will be blue.

When you see the blue attack coming do not dash. You have to parry this attack by swinging your weapon towards the enemy’s weapons when he swings them. It doesn’t matter that he has two swords. It’s like partying any attack in the game. After successfully parrying his attack you can strike him and break his armor for the win. Loki will congratulate you and you can continue your journey. 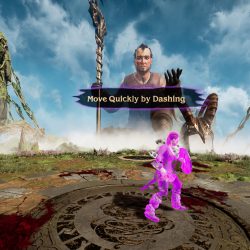