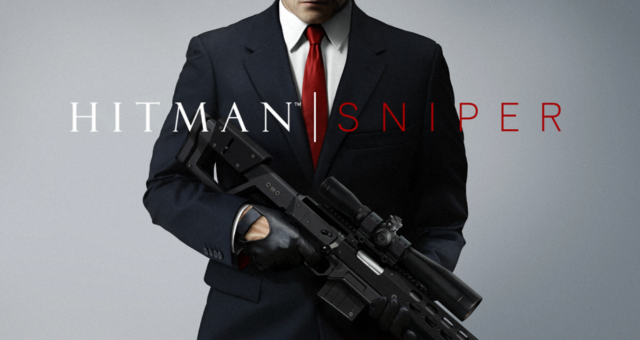 If you’re reading this Guide to Hitman: Sniper Chapter 1: Missions 6-10 then congratulations on completing the first 5 missions in the mobile game but missions 6-10 are a little more complicated. The training wheels are off and some of these missions require you to explore the entire map thoroughly but there’s no reason to be intimidated by any of it because you are the best hitman in the world. And these missions are really fun. If you didn’t see my basic tips in the guide for missions 1-5 here they are again:

Ah, you might already know how to do this one from what I explained in the first guide but there’s also a way to get additional points with this kill. If  you’re unfamiliar with that explanation then the trick is to shot the white van on the right triggering the car alarm. But instead of just shooting the guard as he investigates, shoot the glass balcony above when that guard is leaning on it so he falls on the guard below. Easy double kill that meets the requirements and gives you extra points. Once that’s done you can kill Jaqroslav Benak any way you want to complete the mission. If you want to rack up some easy points I recommend killing Rogue Agent Kevin Borts located on the map below. 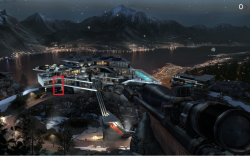 This one can be tricky if you don’t know where the fuse box is located but it’s not difficult at all. You have to shoot the fuse box in order to destroy it and the first shot automatically causes the closest guard to be alerted and approach it. Just shoot it again once he gets closer and you have your accidental kill. Even though you can just kill Dimitri Lefkos immediately once he arrives, it’s not a bad idea to try to earn more points first to increase your ranking in the leaderboards. 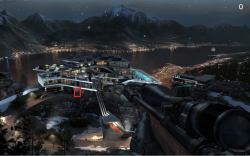 This one requires you to use all your skills and what you’ve learned from previous missions to get as many kills as possible without alerting security to your presence. I recommend the following kills: double kill with the car alarm; the environmental kill with Marcus Krug and his bodyguard; Rogue Agent Kevin Borts; the remaining environmental kills. You can take out additional targets such as Krug or Romanowski to increase your score but be careful not to be detected before your primary kill.

This can be a really quick mission or you can prolong it in order to rack up extra points. There are various times when Markus Krug is near a heat lamp so it depends on how quickly you want to move on to the next mission. You can kill Krug the first time he’s near a heat lamp but still get some valuable kills before then. You can eliminate the rogue agent almost immediately and then get the double kill with the car alarm. At that point you can kill Krug on the ledge. If you miss out it’s not an automatic fail because he’ll be near a heat lamp again and I suggest using the one near the pool. You do get extra points for how quickly you finish a mission so don’t linger too long. 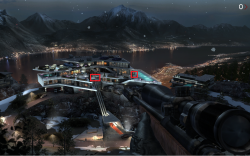 Ok, this one is somewhat challenging in the sense that you won’t be able to achieve this with just environmental kills. And it’s important to achieve the score before the mission ends because bonuses after it’s done won’t be included. However, it doesn’t mean you can’t achieve both goals without the majority of the kills being environmental kills. And you can achieve the moving headshot when you kill Jaroslav Benak. I recommend the following kills: double kill with the car alarm; the environmental kill with Marcus Krug and his bodyguard. Take out the two guards near Rogue Agent Kevin Borts with a one shot kill (get a headshot of guard in front). This will make Borts attempt to escape and this is when you can achieve the moving headshot by pushing the hold breath button to slow it down. You’ll have to put the reticle slightly ahead of him so the bullet finds its mark. Use environmental kills if you desire to get close enough to the 400,000 and then take out Benak. Congratulations, you’re on your way to chapter 2.