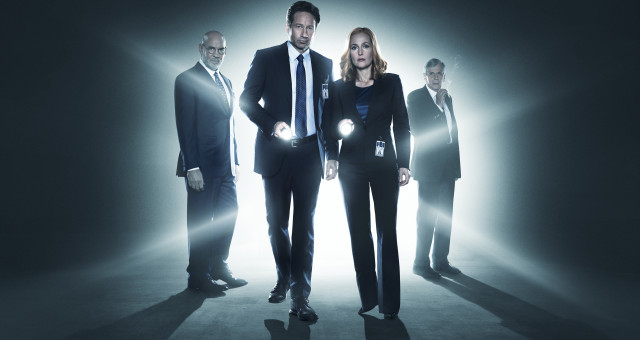 Aside from the sheer enjoyment of watching X-Files episodes on Netflix any time I want, I thought I reached peak fandom when I was able to attend the 20-year anniversary panel at NYCC 2 years ago. So imagine my excitement when a new X-Files series was announced for 2016, and that it would feature the original cast again. I knew that I was going to the NYCC panel this past year to make sure I would be informed and simply experience being there. It was more than worth it because everyone in attendance was able to watch the first episode in its entirety before its airing on January 24th. It feels so good to be able to say that the real X-Files are back and not only a show with the same namesake. Check out the trailer for the new season to get a taste of it.

If somehow you’re not familiar with X-Files it’s a sci-fi horror series featuring 2 FBI agents, Fox Mulder and Dana Scully, who investigate cases involving the paranormal, the X-Files. Mulder, an unapologetic believer in the paranormal is balanced by Scully, who always seeks to understand events from a scientific standpoint first. Their investigations spearheaded by Mulder’s quest to find his sister, who was abducted presumably by aliens when they were kids, lead them to uncover a global plot involving extraterrestrials. Episodes range from them dealing with investigations of the monster of the week variety to recurring villains and allies with overarching story lines.

There were so many things I enjoyed about the original series, and of course it starts with Mulder and Scully. David Duchovny and Gillian Anderson’s portrayals of the iconic characters were masterful and even 20 years later the characters stand the test of time. They were fully realized characters that you truly cared about who weren’t cliche and clearly grew over the course of the series. The dynamic roles between the two were just phenomenal. Plus the supporting cast varied and was riveting as a result of the writing that put them in different situations so it wasn’t always black and white. Whether it was Assistant Director Skinner, Cigarette Smoking Man or the Lone Gunmen they added to the overall X-Files mythos. 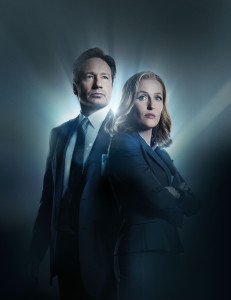 I also loved how their investigations took them all over the world, and when I was re watching all the seasons it struck me how diverse the cast was in every episode. This was more than 20 years ago and it puts so many current shows to shame in terms of diversity. Entire episodes could take place in Africa, Japan or deal completely with Native American tribes and their beliefs. It is truly remarkable how far the show’s range carried over different ethnicities and their tales.

The new season takes place about 13 years after the last season, and I won’t give away anything that occurred during that time. It’s noticeable from the start that the intent was to make Mulder and Scully appear aged as well to reflect that time frame. But in terms of real special effects it was clear from the beginning that the motto was “go big or go home.” At least relatively speaking from when the series first aired. I got chills when I heard the classic X-Files music play. It was like a dream come true. 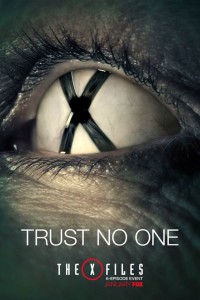 I can’t give any of the episode away but long-time X-Files fans will be pleased with everything overall. The appearance of familiar characters and themes will bring back the best memories. Those unfamiliar with the series will be able to jump in and be engrossed in a great story. This episode dealt with an overarching story line but Chris Carter confirmed at the panel that there will be episodes deepening the mythology as well. If you want to check out the first minute of the new episode you can view it on DoYouStillBelieve.com.

If you want to see clips from the NYCC panel check out the clips below:

Falling Right Back Into Place