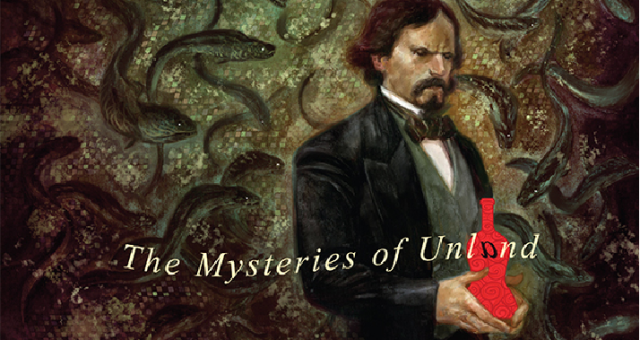 Witchfinder #1 The Mysteries of Unland Preview

Dark Horse Comics has released the Witchfinder #1 The Mysteries of Unland Preview and it gives a very intriguing taste of the new horror/mystery series by renowned author Kim Newman and Maura McHugh. It features Sir Edward Grey, aka the Witchfinder, being called on due to the mysterious murder of a crown servant who was sent to investigate a new potion called Poole’s Elixir, which the queen uses regularly. With that being the case her staff doesn’t want to hand the case over to regular detectives and want Sir Edward, who is skeptical of his services being required, to look into this.

After reading this preview I’m pretty excited for this series from the tone of it to the artwork by Tyler Crook, who did the artwork for another series I thoroughly enjoyed, Bad Blood. And Kim Newman has won numerous awards for his horror stories and if this preview is any indication of how that brilliance will translate into a series with a Dark Horse character then I have high hopes for it. The first issue is set to be released June 18th.