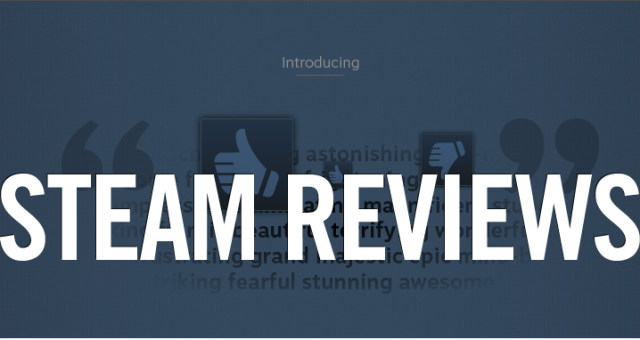 In another major bit of news released by Valve in the past few months, the company is now introducing Steam Reviews, which is currently in beta. It’s currently accessible to any Steam user by going into Steam->Settings->Beta Participation. Prior to this there was a recommendation system you could use for your friends and a link to the Metascore for the majority of games. The Metascore won’t be replaced so you’ll still have access to all those reviews but there are now reviews below the game from people who played it. Well, you don’t actually have to purchase the game in order to write a review but it would help to do so because any review you post will have the number of hours you played that game next to your name. There are currently no scores you can give a game, either you recommend it or you don’t, but Valve intends to add a way to incorporate an overall score in the review as well. (So for now there won’t be reviews giving a game a zero and even though the person never played it they just believe the game will be horrible for some unknown reason.) If you wrote great recommendations to your friends they’ll automatically be converted to reviews but only your friends will only be able to see them unless you make them public. And if you’re a game developer you have the ability to comment on reviews, report them as spam/abusive for a team to review, and you’ll be noted as the developer of the game. It sounds very fair to me for developers and I can also see ways it can help developers interact with and get feedback from those who played the game and know how much they actually played. I do plan on using this to post some of my reviews just to see how it is and even though I expect additions in the system down the line, I love the idea and think it’s very useful.