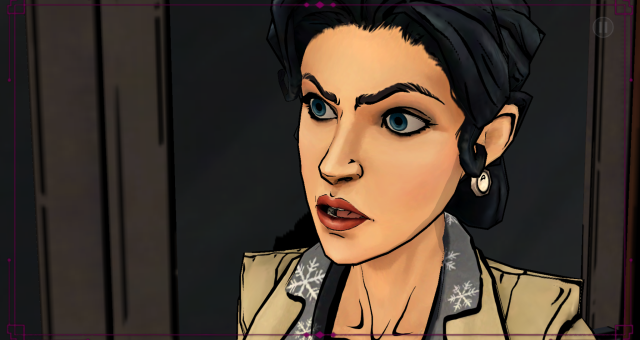 Telltale Games have hit a home run again with A Wolf Among Us, the prequel to the comic book series Fables by Bill Willingham. Although Fables started over 10 years ago, a new audience has been introduced to its beautifully twisted world and mature tone as it takes all the characters from well-known fairy tales and creates an entirely new persona for them based on parts of the original fairy tales. I know my first experience with the characters from Fables was one of awe, and it wasn’t jaw-dropping in a listening to Andrew Dice Clay tell raunchy jokes about fairy tale characters kind of way, but marveling at the genius of it all. And the fact that it seems very practical once you consider these fairy tales as an adult or if you’re familiar with some of the original tales before being turned into more kid-friendly versions.  A Wolf Among Us mainly follows the exploits of Bigby Wolf and Snow White as they investigate the serial murders of fables in Fabletown, however the comic book covers so much more than that and isn’t limited to Fabletown. Bigby Wolf is based on the Big Bad Wolf from Little Red Riding Hood, and is one of the more complex and intriguing characters in both the video game and comic book series, however it’s not extremely difficult to adjust to his portrayal in either. However in the case of Snow White, there can be a huge adjustment and that’s where an example of the brilliance of it all really shines through.

In A Wolf Among Us, Snow White is the assistant to Ichabod Crane, the deputy mayor of Fabletown, so she is tasked with helping Bigby, the sheriff, deal with the inhabitants and enforce the rules they have. She is shown to occasionally have a softer side, at least relative to Bigby, when dealing with some of them, such as when Toad’s son was interrogated about what he saw, however due to the nature of many of the arrangements in Fabletown she can be viewed as uncaring or ambitious. And initially with Bigby she is distant as her past hints at deep issues that cause her problems with getting very close to others. If you’re completely unfamiliar with Fables or A Wolf Among Us, fairy tale characters are called fables and they had to flee the magical lands they originated from due to an invasion by the Adversary and his armies. So many of them took up residence in a gritty area of New York City they called Fabletown but only those who look human or are able to purchase a glamour, which gives them a human appearance, can live there. Others are relegated to The Farm outside of the city. And since many of the characters have a shared history the Fabletown Compact was created so no one could be persecuted from crimes they committed before, and every citizen was required to sign it. So even if her past was to be revealed she couldn’t be persecuted for anything she did. 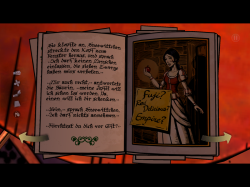 I only had vague memories of the modern Snow White tale so I wouldn’t have been able to think of anything that she would have done or what would have inspired Bill Willingham’s adaptation. Christa Thompson, the Fairytale Traveler, does an excellent write-up about the history of Snow White and the potential real-life inspirations for the original fairy tale character, and is worth checking out. And, as expected, the tale is more grimm, I mean grim, than the more famous character. Her history in Fables is even darker than that, and as Beauty told Bigby at one point in A Wolf Among Us, there are things about Snow White’s past that she doesn’t want to share with anyone because it’s painful. I won’t spoil anything from the video game but her history in the comic book series has been established, as well as her sister Rose-Red, and it’s based partly on the Snow-White and Rose-Red fairy tale and the Brothers Grimm version. So in Fables lore she grew up poor with her sister Rose-Red, and they provided comfort for a while to a bear, who ended up being a transformed Prince Charming cursed by a dwarf. One day they find that dwarf trapped hanging from a tree by his beard and in a bid to free him they cut his beard without knowing that was the source of his magic. They encounter this troublesome dwarf on numerous occasions until he is finally killed by the bear, who transforms back into his true form of Prince Charming since the spell has been broken. But the story didn’t end happily here as jealousy caused Snow White’s mother to concoct a plot to prevent her from marrying the prince and she’s sent away where the story becomes very similar to the Brothers Grimm version. Instead of a stepmother it’s her aunt who tries to have her killed but the hunter let’s her go. 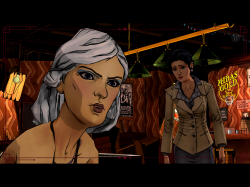 She does encounter seven dwarves but instead of them protecting her from any attempts on her life they sexually abuse her repeatedly and keep her as their slave. This lasted for months and ended not because they decided to let her go but because her aunt, infuriated Snow White was still alive, gave her a poisoned apple and she appeared to be dead with the dwarves returned. Not wanting to keep the dead body around they dumped her in the woods where she was found by Prince Charming. This wouldn’t be the end of her story as she would become stronger over time, and each of the seven dwarves would meet an untimely end one by one, perhaps at the hand of Snow White, as a result of what they did to her, and their deaths almost sparked a war. And even though Snow White and Prince Charming would have a good marriage at first, his infidelity with her sister would put an end to it and everything she cared about. So clearly her history is much more complex in Fables but she’s an extremely resilient character. And it’s not that Bill Willingham likes to see his characters suffer because this was all before Fabletown. She would eventually settle down with Bigby, and they would have a litter of kids, um, wolves, and even though they would have to spend time apart due to Bigby being restricted from the Farm or having to face one of the many perils in the world of Fables, one thing that has been consistent has been their love and support of each other. So even in the world created in Fables “happily ever after” can become a reality, but like the fairytales, it just comes in different versions. 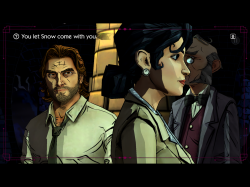