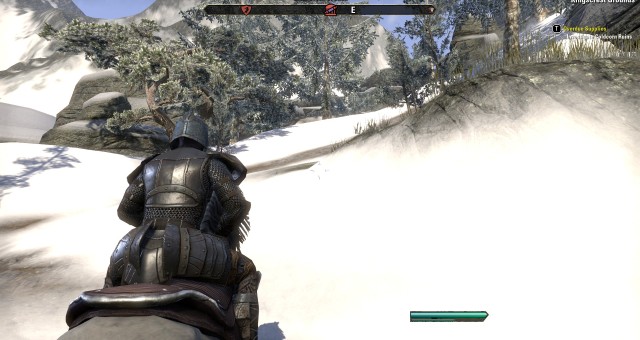 As anyone who has played knows, Mounts in Elder Scrolls Online can be a huge strategic advantage in PvP as it allows players to get around faster or it can reduce time in PvE to travel to new locations for quests. It’s also known that mounts are expensive unless you’ve purchased the Imperial Edition in which case an Imperial mount will only cost 1 gold for each of your characters. It is possible to save up early to purchase a mount by saving on costs to repair your equipment by crafting your own whenever needed or switching when you loot equipment with no huge regard in the change in stats. What might not be known is that mounts are completely upgradeable and not only can you rename them but their appearance in-game changes based on your upgrades. So yes, I have a white horse named Shadowfax but it’s not the only horse that I have. There are 5 total mounts available in-game including the Imperial horse and they’re all over 40K gold except 2. Here are the available mounts/horses:

The Speed of the horse is exactly how it sounds, stamina allows your horse to sprint longer so that’s advantageous to getting to locations faster or just outrunning other horses with less stamina. Carrying Load actually increases your inventory so that’s definitely a huge plus as your inventory space will constantly fill up requiring you to either make deposits at the bank or tough choices on what to keep. So there is no difference between the Imperial and Common horses except price and appearance. However this is just the starting point for all of these horses and you can upgrade each one of the 3 traits by visiting any stable and speaking to the merchant, and you can also purchase more stable space for additional mounts there.

You don’t have to acquire additional supplies as everything you need to upgrade your mount is at the stable and you purchase for 250 gold either an apple, hay or feed to increase the speed, stamina and capacity, respectively. So while technically it is possible to take a common horse and turn it into the best horse in all of Tamriel you’re only allowed one upgrade every 20 hours per horse and the increase is only 1. It would take you over 8 days to upgrade the common horse to have the same carrying capacity as the starting point for the draft horse so choose wisely. However if you take care of your horse it’ll definitely take care of you when you need it the most. And don’t be the only one without it.