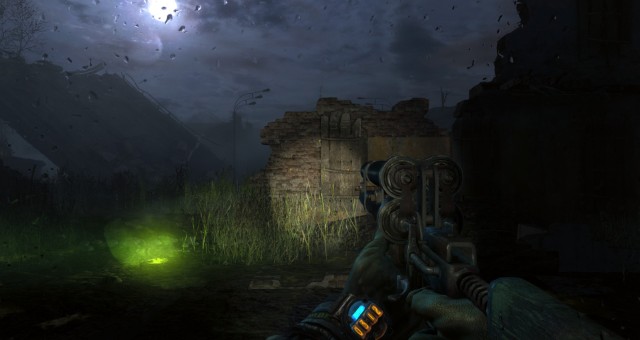 Metro Last Light: Tower Pack DLC is the next DLC available for the game and will feature the revamped combat in the series and set in various arenas to enjoy the different aspects of combat. In short, it’s a combat simulator and will be an intended break from the combination that makes the series so great, and that’s the environment and great storytelling. So this is for all those who enjoyed the combat in Metro Last Light and wanted more or if you felt there wasn’t enough combat then this is for you. The combat in the series has always attempted to be as realistic as possible but for the sake of the various combat scenarios some of that realism will be dialed down. So you’ll be able to let loose a little bit more in these arenas, which are designed solely for combat and won’t have any story attached to them except what is deduced from the name of the arena. The focus will be on the weapons, the improved customization of those weapons, and the many enemies introduced in the series. There will be challenges for added fun and online  to compare your scores to your friends or just to see how you stack up against other players.

As I mentioned in my review, the combat was much improved from Metro 2033, and the weapon customization was so deep that you could buy the same weapon 3 times and customize them to the point where you end up with 3 completely different weapons. However you won’t be limited by ammo, either to use or to purchase upgrades, and you can really explore the different weapons and customization without fear of being stuck in a bad situation. I enjoyed the combat in the game and even with stealth being more efficient in most of the situations I faced, so this DLC is interesting to me and that interest is dependent on the arenas and the way the battles are structured. I wouldn’t trade the actual stealth system in the game for more combat but this DLC might just be what is needed in the Metro to relieve some stress from the constant threat of mutants and other factions. It’s set to be released on September 3rd.