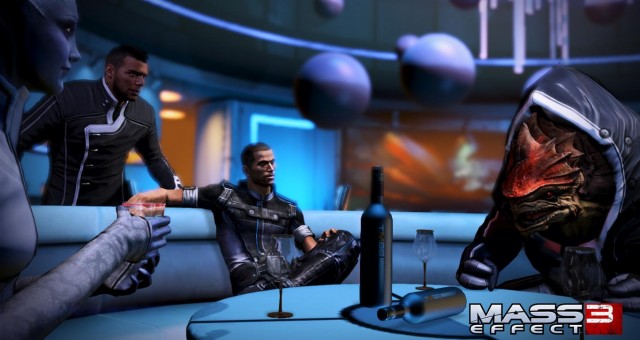 Bioware has announced its final single player DLC for Mass Effect 3 named Citadel and from the official description by Bioware it’s described as a “final, sentimental journey” for long time fans. Commander Shepard and crew must uncover the truth about a conspiracy targeting him (or her) that will require them to explore new locations on the Citadel to prevent those behind it from succeeding. It’s described as a sentimental journey because the cast of characters that will make appearances are from the original Mass Effect and Mass Effect 2. I would assume it would be dependent on those who survived ME1 and ME2 in your particular saved games with only Urdnot Wrex being officially announced. The DLC will also contain the Citadel’s Silver Coast Casino, the Armax Combat Arena and new living quarters for Commander Shepard that you can customize. It will of course have new cinematics and interactions available for you to enjoy.
I’ve been a huge Mass Effect fan since the first day I played ME1 and I’ve read books, comics and watched movies because the ME universe is fascinating to me. I enjoyed ME3 alot and even though there was controversy about the ending I am intrigued by this. To me Mass Effect wasn’t just about completing the missions but about the rich universe created and not only the relationships between the different races but the bonds between Commander Shepard and crew. So I am interested in more gameplay and action for single player as well as seeing what new interactions are in store for my Shepard with Miranda (or was it Liara? kidding) for example too. So I’m definitely keeping my eye on this for more information when it’s released