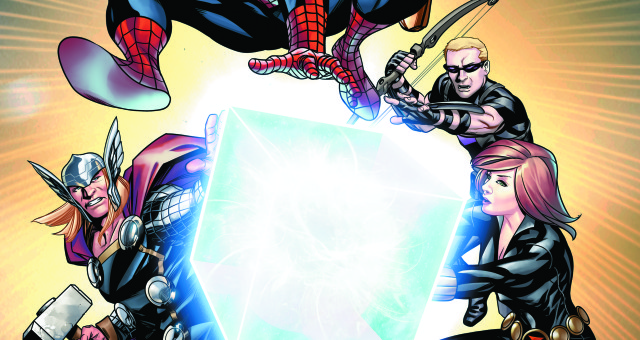 Marvel Universe LIVE! is an upcoming live-action show featuring over 25 Marvel characters in an original story that pits them in an epic battle against Loki for control over the Cosmic Cube. In an attempt to prevent him from acquiring it Thor shattered it to pieces but those pieces have been spread across the planet. So the race is on to retrieve those pieces as the Avengers band together once again with the help of other notable Marvel heroes to track down these pieces to make sure they don’t fall into the wrong hands. But it won’t be an easy task as they’ll have to face some of Marvel’s worse enemies including the Red Skull, Green Goblin, Madame Hydra, and many more. It’s not a theater production but an arena event as the show will go on tour across the country in 85 cities starting this summer in arenas, such as the Barclays Center in Brooklyn, and the scale of the show is massive and will run approximately 2 hours.

Here’s a link to all the tour dates and cities it’ll be playing: http://www.marveluniverselive.com/tours-tickets.php

Below is just one of the many videos available on the official site and it gives a quick behind-the-scenes peek at some of the stunt work and what goes into it. The closest show to me would be at the Barclays Center and after watching some of the videos I admit I’m very intrigued by this. Check it out.