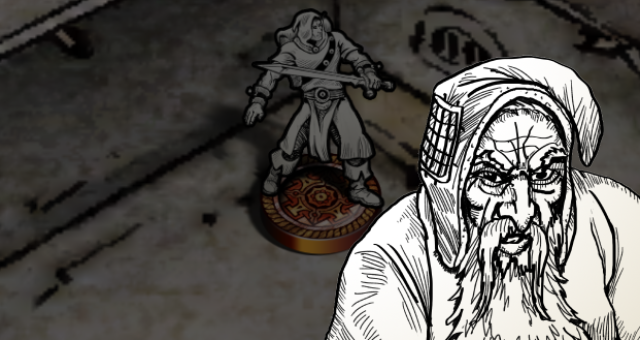 Here’s the conclusion of my interview with Inkle founders, Jon Ingold and Joseph Humfrey.  Here we only briefly discussed Sorcery! pt 2 since I didn’t want to spoil the experience, and we also discuss Inklewriter. I found it interesting that it wasn’t easy for others to categorize Sorcery! and so the challenge for them is not only promoting the game but defining it for others. For me it reminds me of the adventure game books I read when I was younger so I have a reference I can use when playing Sorcery! With Inklewriter, Jon and Joe can introduce a new generation to interactive storytelling as well as provide a tool for people who use it in various ways.

Jon: It’s interesting. Book 2 is all about the city setting so it has to be all about the detail. It wouldn’t make sense if it wasn’t. Book 2 ended up almost like a detective game and the Swindlestones game is your (way of) interrogating people you meet to find out information and you put 2 and 2 together to solve the mystery. And it’s quite (entertaining). There aren’t many good detective adventure games. The third game is out in the wilderness, marshlands, a weird landscape but not a landscape with lots of people in it. We’ll keep Swindlestones, but I think the focus will be slightly different. It’s a set of 4 books. The first one is the opening, the 2nd is the big one, the 3rd is the weird one and the fourth is an epic climax. We just want them to feel different in tone, so it doesn’t get repetitive.

Me: Sorcery is now available for iOS devices and soon will be on Android. Do you have plans to release it on any other platforms?

Joe: Currently we don’t have any plans for any other platforms other than iOS or Android. Definitely investigating options. It’s technically a quite a difficult thing because it’s all programmed in directly for iOS so it’s quite hard to port them but we would definitely like to release it on other platforms  (Nintendo 3DS maybe?)

Me:  So do you have any other projects you’re working on or would like to work on once Sorcery! is complete?

Jon: Yeah we’re currying up a bit at the moment and we’re going from one game studio to a two game studio so in the first half of next year we’re releasing a completely new project based on our own idea. It’s not a nostalgia project. It’s still in the interactive text-based (genre) but it’s taking a bit different direction, mixed in with a  few more board game elements, and it’s also top-secret at the moment so that’s all we’ll tell you but we’re definitely looking to see what people make of that when that comes out. We’ll be balancing that against Sorcery! 3 so we’re not quite sure when they’re gonna come out and what’s gonna come out in what order yet but we’re definitely looking to having a few things on the go and trying out a few different mechanics

Joe: And we kind of fans of expanding our focus as we go from an interactive book company, and we added more game elements and now we basically made it a game with a lot of reading. And I really like the idea  that we keep making games with strong narrative elements…expand the game part of it but never lose the strong story and interactivity.

Me:  I get the impression that Inkle is not only committed to interactive storytelling but wants to promote it as well. I get that impression from the software tool, Inklewriter. What exactly is Inklewriter?

Jon: Inklewriter is a website that anyone can use. It’s entirely free and let’s you write branching interactive text-based stories and then share them on the internet. It’s been designed to be used by anybody. So you don’t need to know how to program or code, you can pick it up and get started and start writing. It’s one of the first things we did. We kind of thought that we liked the interactive story concept but it’s kind of hard to make an interactive story. So it’s no good if we make our stuff and it’s there on its own being the only interactive fiction that’s out there. You want people to be able to pick it up and have a go. So we put together Inklewriter and it’s been a blast. It’s won a few awards in education circles and it gets used in school a lot.  So kind of teachers will get their kids to write interactive history projects or quizzes with it. And we’ve had other people writing game books and publishing them to Kindle, which you can do through the website. And a lot of people just making things like satirical stories or ad lib adventures and sharing them. But it’s quick, it’s fun and easy to use. It’s quite nice to give people something back. And when they play around with it a bit they see what goes into games like Sorcery! and that’s quite nice too.