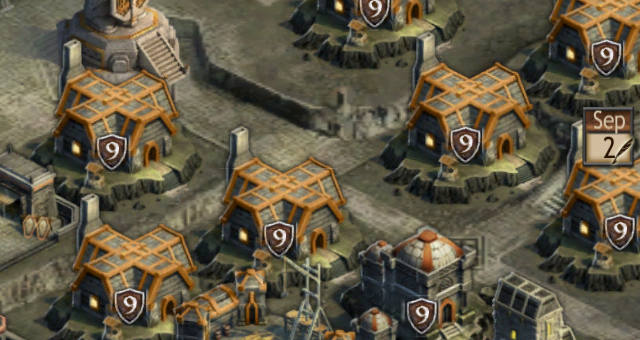 Another update, the Hobbit: Kingdoms of Middle-Earth 8.0.1 update is now available and on the heels of the update that introduced runecrafting, this one is for the improvement of alliances.

One thing I like about these updates are the events and the prizes that have been awarded as a result. A ridiculous amount of grinding and time were required to enjoy some of the benefits in the game unless you purchased the necessary items (or were lucky enough to win one of the rare prizes that contained them). For example, runecrafting has been a really good addition and allows you to level up buildings past level 9 (and up to runecraft level 4), and if you runecrafted your barracks you can build tier 4 troops. The problem was you could only runecraft a building if you first used a hobbit building crew, which of course you had to build since it was so rare to win, to achieve level 10 on a building. There was a recent event that awarded hobbit building crews as part of the campaign mode for boss fights. This was a huge improvement.

The other aspects of the update dealing with alliances are welcome additions. It doesn’t just help newcomers but anyone who is part of an alliance. The alliance I belong to has changes in leadership at times due to what is considered unresponsiveness from members, and sometimes members can feel they don’t receive help when trying to defend against or deal out some payback to an enemy. I can see these upgrades helping.