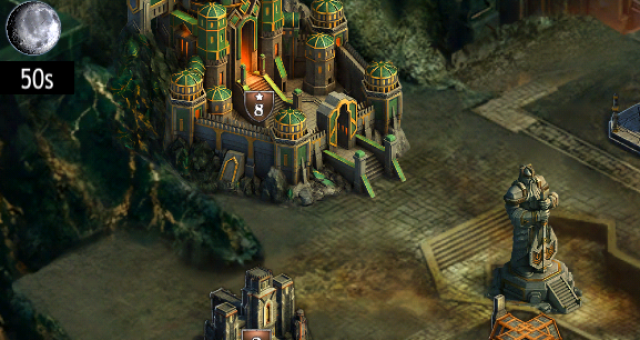 This past weekend there was a Hobbit: Kingdoms of Middle Earth – 14 Million Strong event where all players who logged in would be awarded a 14 Million Strong chest. This was on the heels of the Middle-Earth Championship Series so I’m sure all players could appreciate having their might replenished or just enjoy acquiring tier 5 troops. I’ve been asked many times since I’ve posted my how to train tier 4 troop guide if it’s possible to train tier 5 troops directly and I’m currently not aware of that being possible at this moment. So the only ways are to purchase chests containing them or win a chest in a special event such as the one that has passed. And the special events really do give good rewards and that’s one of the reasons I enjoy them very much. But as soon as it’s possible to train tier 5 troops directly I will be sure to post a guide. 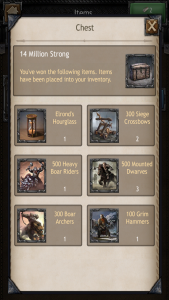