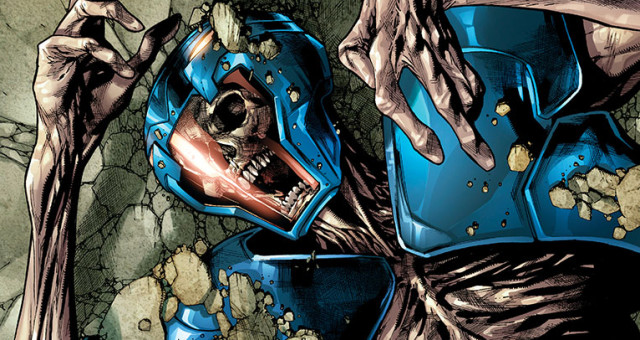 If you’ve been keeping up with Valiant’s latest Book of Death event, and in particular, the Fall Of series then you already know how it’s alluded to the death of many characters in major events. Next up is the Fall of X-O Manowar #1, which chronicles the death of Aric, the king of the Visigoths. The Book of Death series have alluded to another Armor Hunters war, armies being formed in memory of characters, and even the start of floating cities. And the way Aric’s death was mentioned in those issues had me looking forward to reading what could have finally taken down the powerful X-O Manowar.

The preview pages below give a good idea of how life is during this time as it shows Aric has a museum dedicated to him and all his past deeds. He’s not shown in these pages but the kid’s enthusiasm to be there and the questions he peppered his father with are enough to show Aric’s stature during this unknown time in the future. But it’s not all love for Aric since the Vine are still around and not all of them have the same mindset. Enter a well-known adversary, Trill, who plans to do something they deem important with a weapon that has been confirmed as being able to kill Armors. But is he speaking of Aric when he talks about a false one or someone else with an Armor? Seems like we’ll have to wait until October 21st to find it. Will Aric met his end at the hands of an old adversary or will it be at the hands of another with more frightening powers? 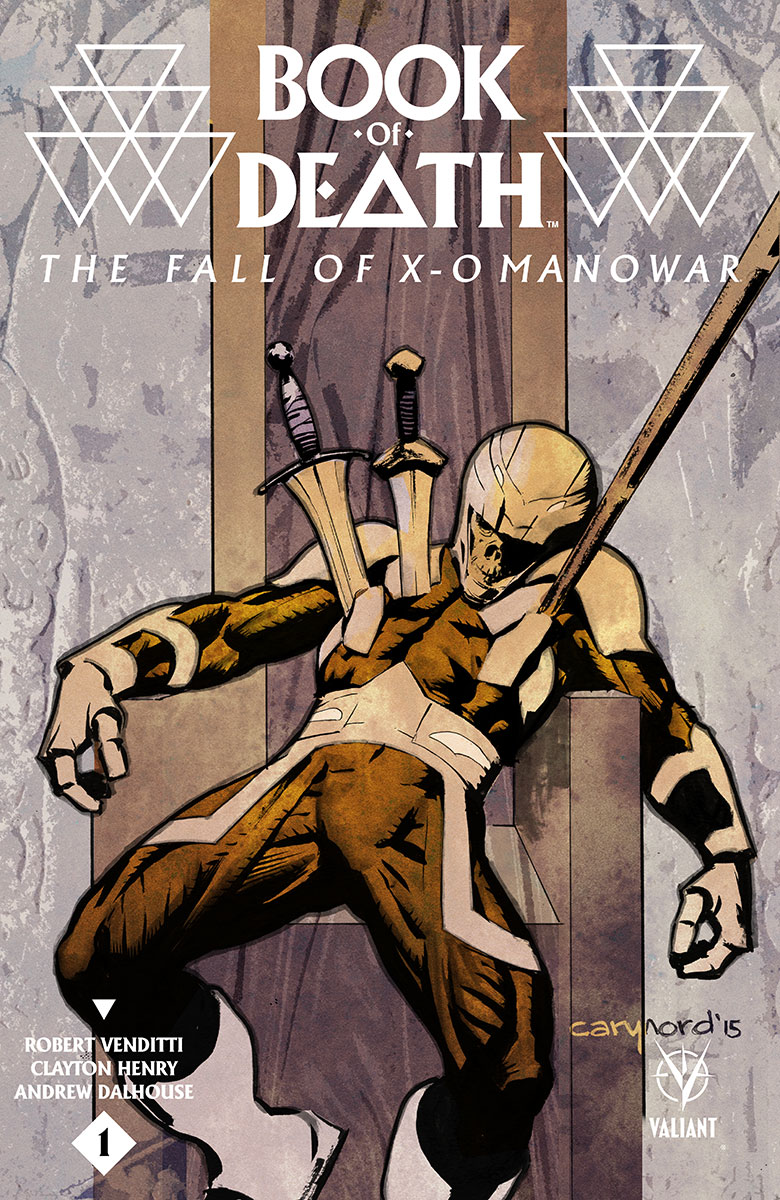 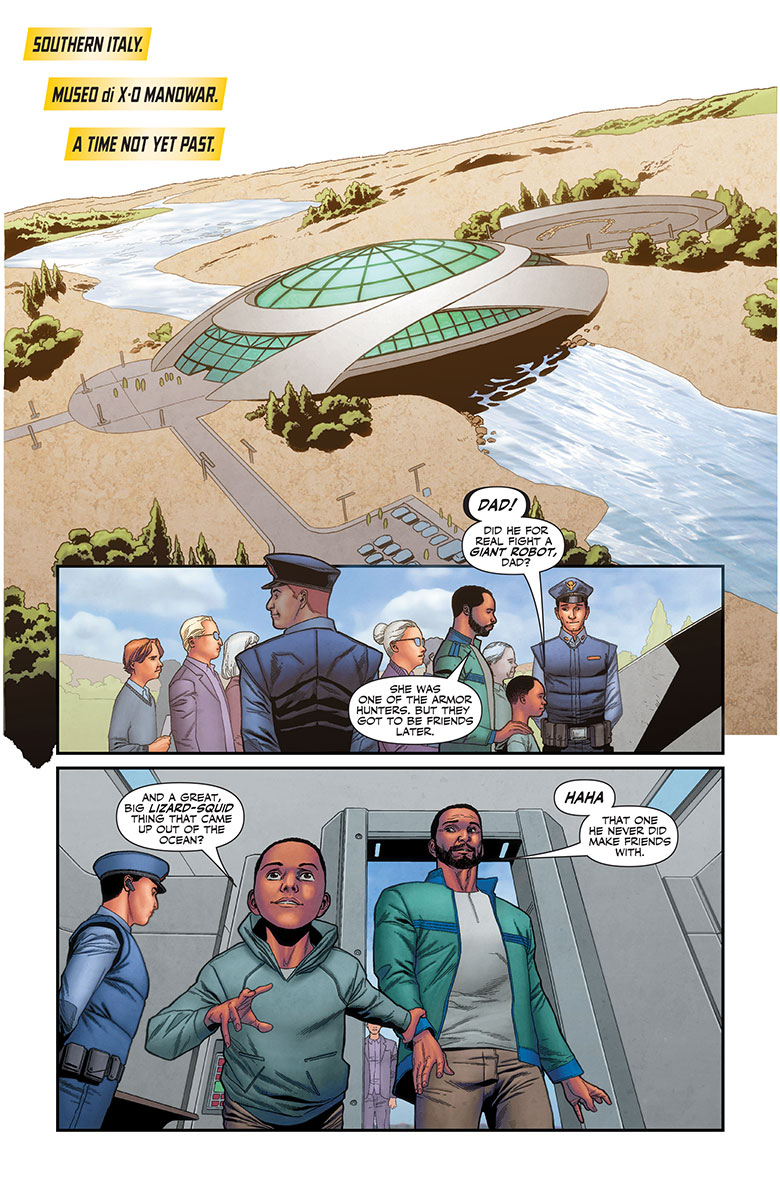 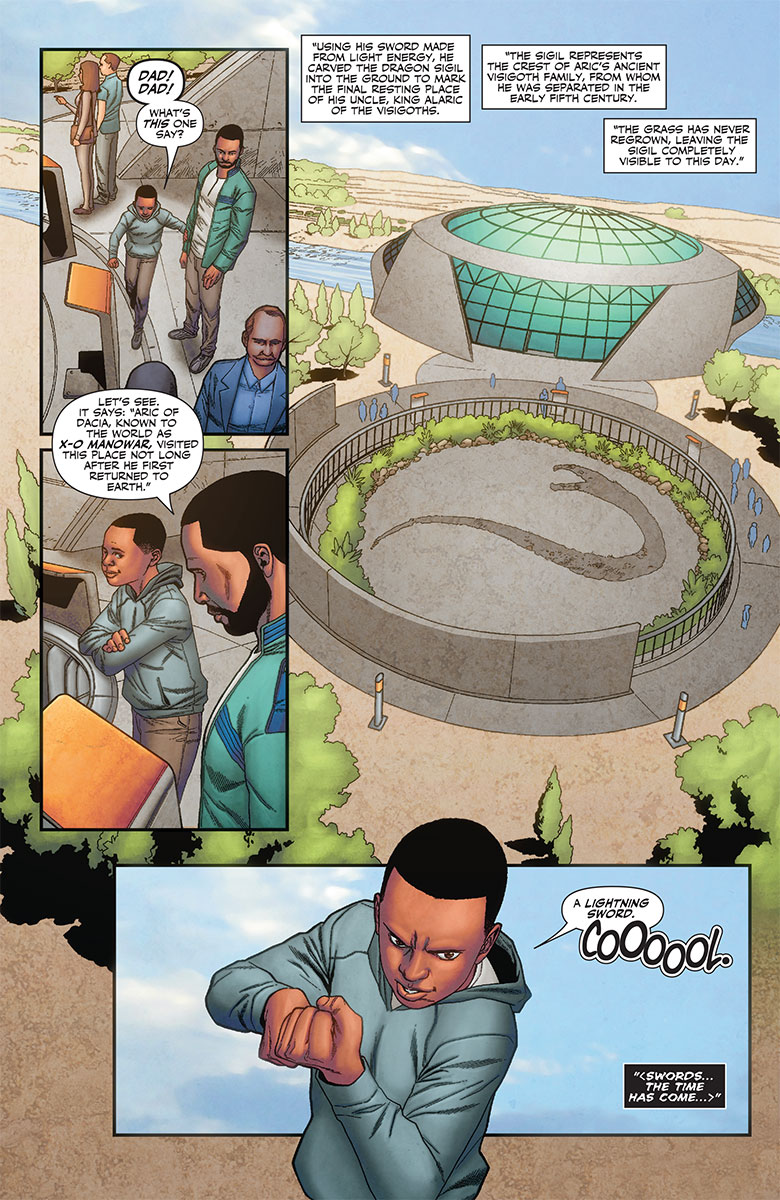 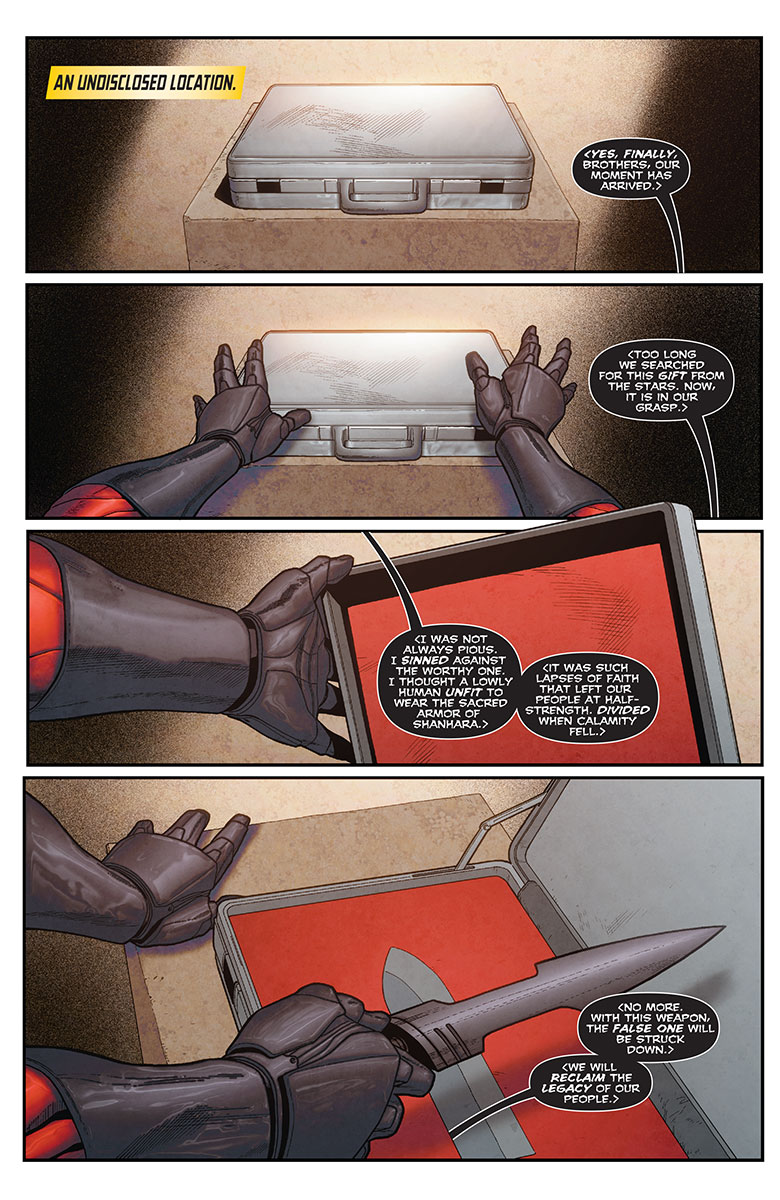 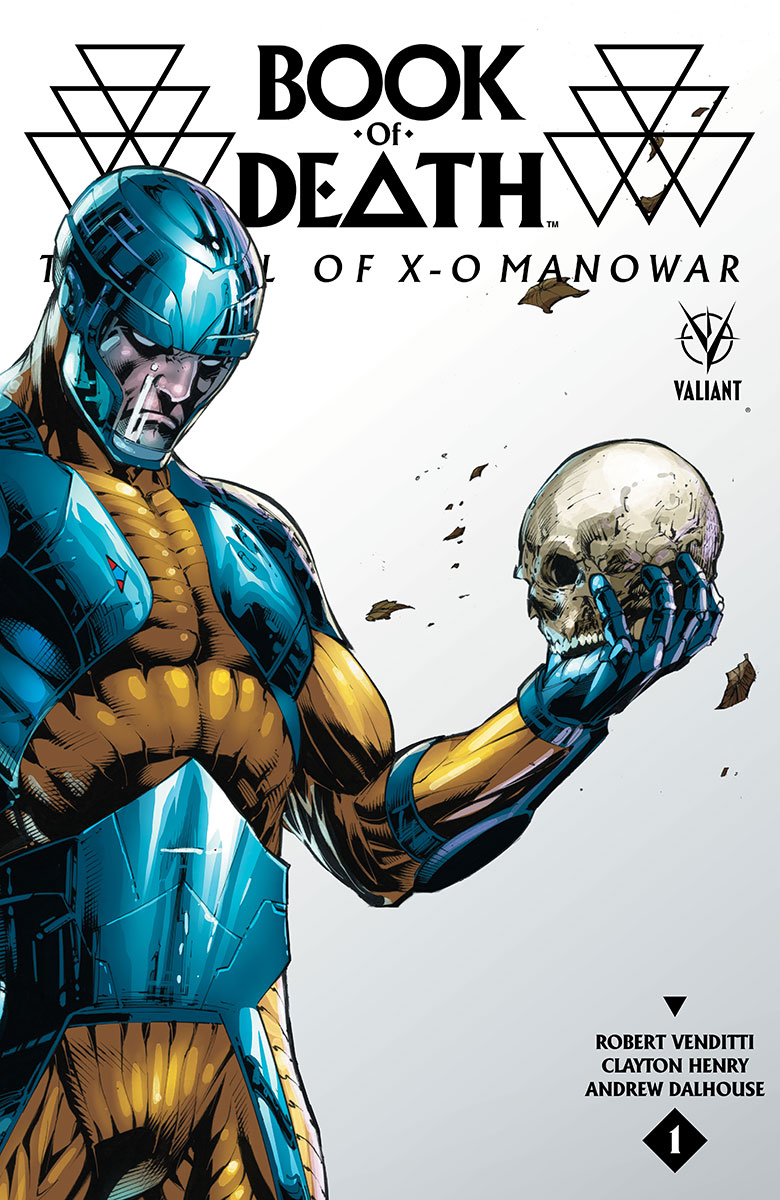 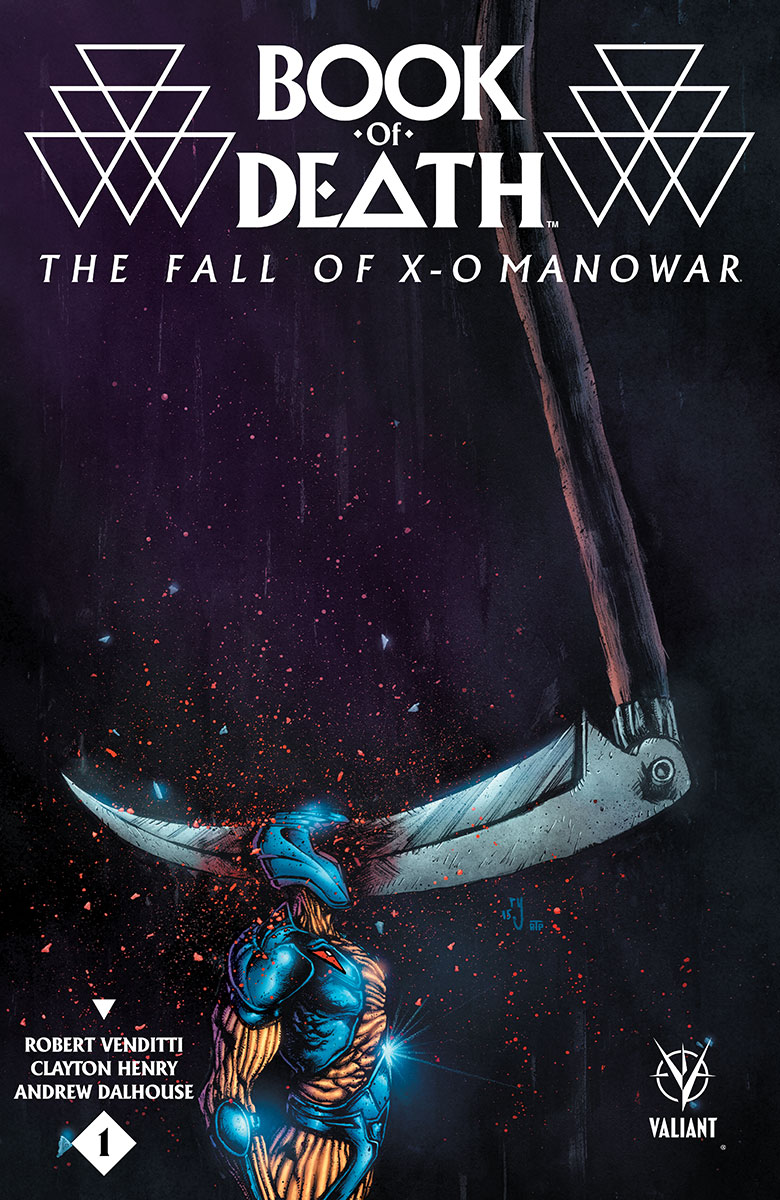 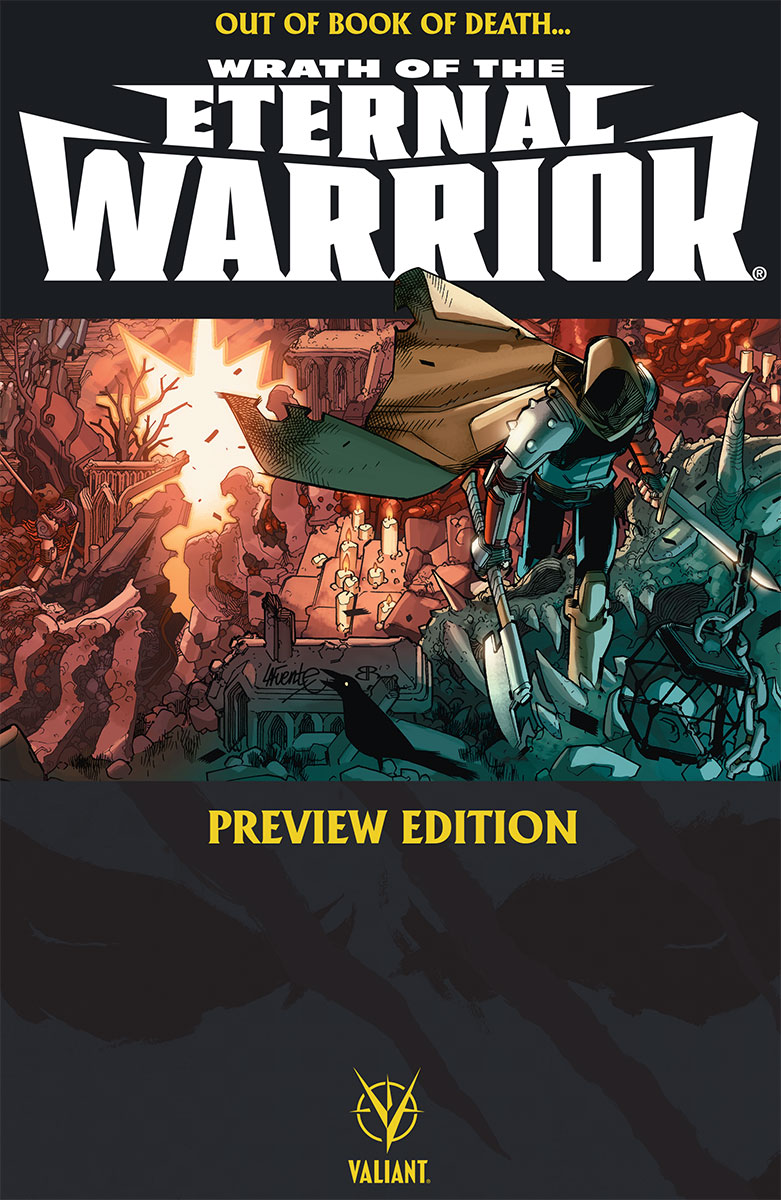 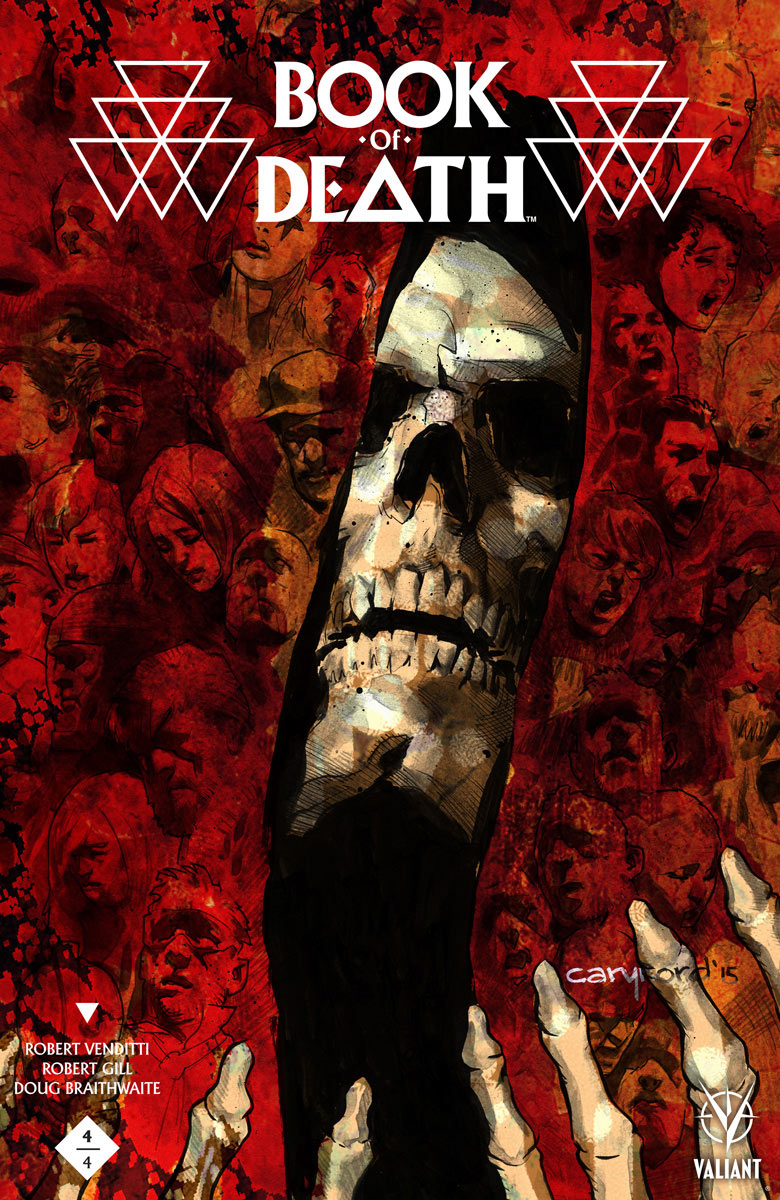 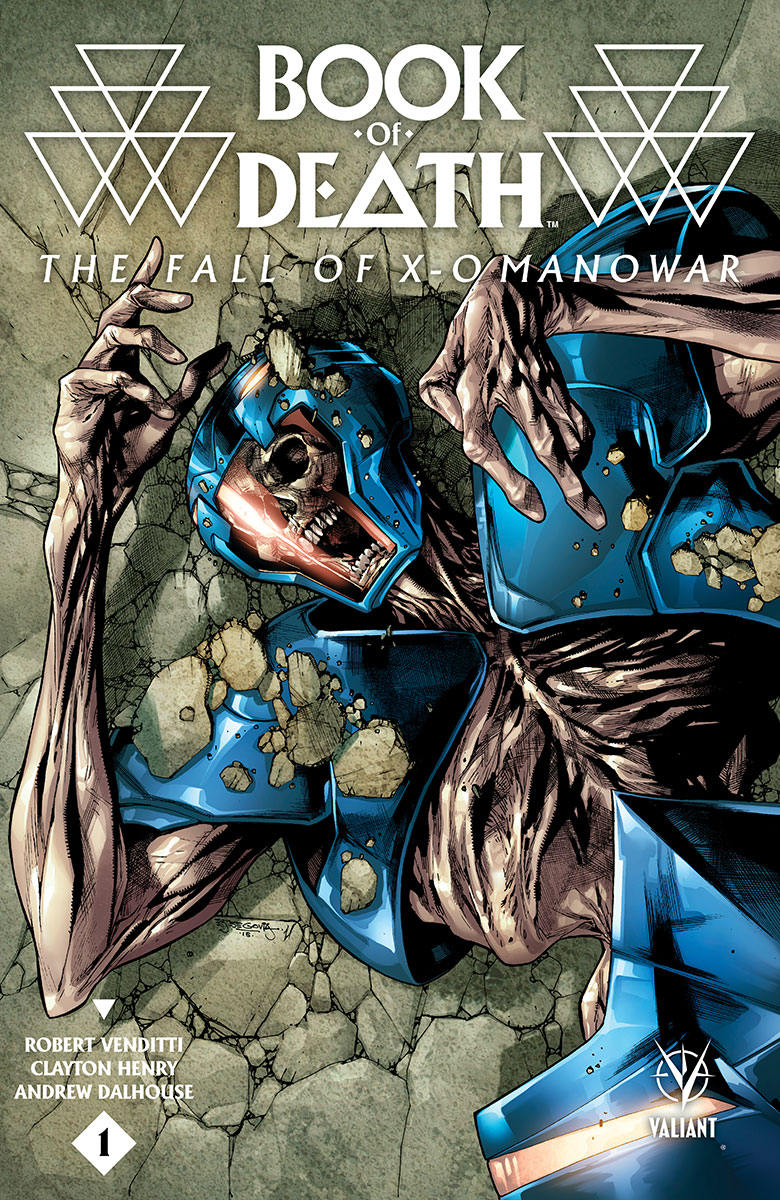