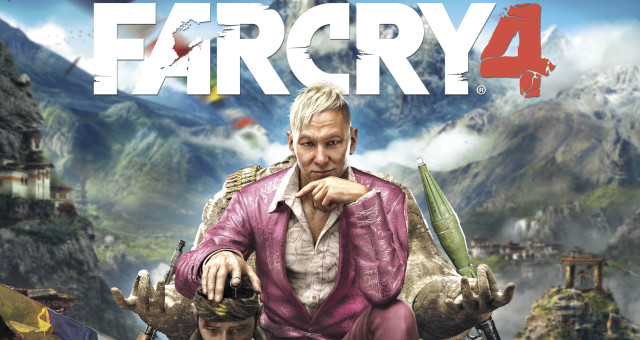 Far Cry 4 has been announced by Ubisoft and is the latest iteration in the Far Cry series. It’s set on the fictional island of Kyrat, which is ruled by a self-appointed king named Pagan Min. You play the role of a traveler trying to fulfill his mother’s dying wish, and while in Kyrat you get caught up in the civil war seeking to dispose the king.  Not much has been revealed about it so far except that it’ll be released November 18th and will be the first Far Cry game available on next-gen consoles. It’ll be open world similar to Far Cry 3 and I expect the environment to be even more beautiful and expansive, and I can’t wait to see that.

I really enjoy the Far Cry series and I felt Far Cry 3 was the best one to date. I was pretty apathetic towards the protagonist early on and the open world environment was beautiful yet empty at times but with the synopsis given for this one (and later pulled) it seems as if the story will be more engrossing from the start. So I’ll definitely be keeping my eyes on all updates because I’m truly curious as to the additions to the gameplay for next-gen consoles.