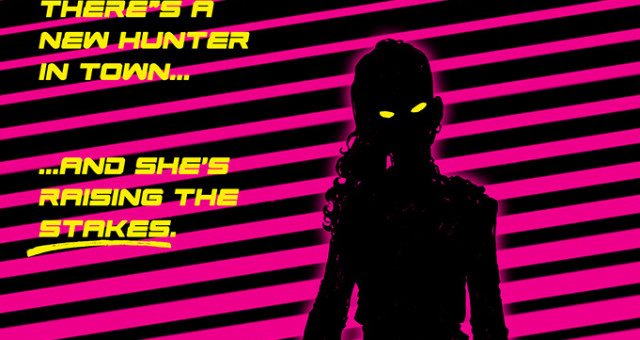 One new series I’m looking forward to after Secret Wars concludes is Blade #1 featuring Fallon Gray, the daughter of the original daywalker, Eric Brooks. I’ll always be impartial to Blade not only because he’s been a great character but also because of the success of the original movies, almost single-handedly reviving the superhero genre and making the current golden age possible. And I’m also one who believes that a Blade series on Netflix would be an excellent idea. But I’m getting ahead of myself because the good news for now is this new series launching in October. It focuses on Fallon, who is a 16-year-old leaving a normal life in rural Oregon. She’s one of the most popular students in the school and excels on all levels. However, things haven’t felt the same lately as she can feel some changes occurring in her that she can’t explain. And when she’s targeted by supernatural forces who invade her town, her life changes forever as she comes to learn about her true identity and meet her father face to face. The cult targeting her has been experimenting on all sorts of demons, werewolves and vampires in order to create even more powerful creatures and it will take the 2 of them to stop this threat. 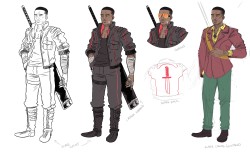 Fallon Gray isn’t just a clone of Ms. Marvel (an excellent series) nor is she in the mold of Peter Parker. And this series will focus on the relationship between Eric and Fallon, his daughter, and the situations they’ll face in this environment. The writer being tapped for this, Tim Seeley, says in an interview on Marvel.com, “I love that we’re taking Blade completely out of his former genre and world. He’s not in an urban landscape, taking on tribes of vampires. He’s in a small town, facing way weirder stuff than vampires, and he’s going to have to attend prom. Blade’s complete focus to one mission and total inflexibility make for some good drama when you drop him into new situations. Also, occasional hilariousness.” This gives the series so much potential in terms of the different tones of storylines and characters but I’m hoping Blade doesn’t lose his edge completely. But I don’t think that will be the case. Tim Seeley and artist Logan Faerber will bring this series to life in October 2015.