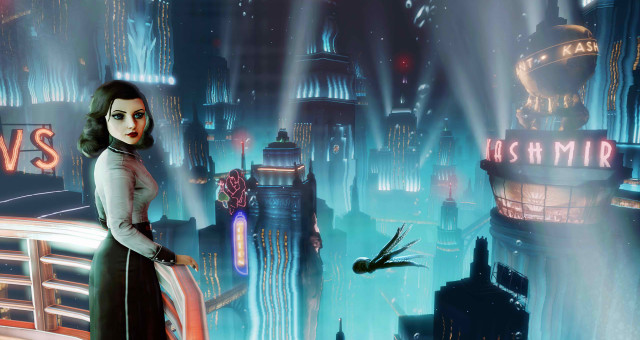 The release date for DLC I’ve been looking forward to, Bioshock Infinite: Burial at Sea, is very close and according to Ken Levine, will definitely be released before the holidays. This is the first of 2 parts of story-driven DLC featuring Booker and Elizabeth, but instead of it taking place in Columbia it will be set in Rapture, the underwater city. And it will take place when Rapture is at its pinnacle, but on the eve of its fall from grace so you might play a huge role in those events that led to Rapture to be the city we know. And the city won’t just be updated here and there as it’s rebuilt from scratch using the same engine used for Bioshock Infinite, which I might add led to the city of Columbia looking as majestic as one would expect from a city in the sky.

The story is as Booker states in the trailer, “even in a utopia, someone has to clean up the mess,” and in this case it’s Booker. And something is definitely amiss when he’s approached by Elizabeth, who is trying to find a missing girl and believes Booker can help her. Apparently, missing girls aren’t so rare and even though Booker believes this one might be dead with zero evidence, he follows Elizabeth to try to get to the bottom of this. And apparently she knows more about Booker than she’s letting on.

Bioshock Infinite was an incredible experience and I’m not sure how the story will tie into this DLC, which is taking place in Rapture, but I have my ideas based on the ending. Either way I’m definitely looking forward to getting my hands on this when it’s released.