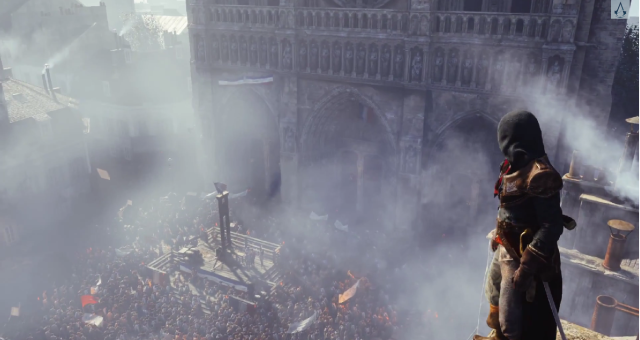 With an announcement that was as close to inevitable as it gets, the next entry in the Assassin’s Creed series has been announced and it’s Assassin’s Creed: Unity. It’s set in Paris, France during the French Revolution so interestingly enough the events of the assassin in this entry will take place after Assassin’s Creed 3. Not much has been released in the way of details other than the fact that this will exclusively be a next-gen title so it’ll only be available on the Xbox One, PS4 and PC. This is good news as Ubisoft can focus on next-gen features and not have to scale anything back, and I’m very intrigued about the possible gameplay features and not just a visual improvement. The time period is perfect for the series and there’s so much potential in the storyline especially in terms of how the two sides were aligned prior to the revolution and what triggered it, since it wasn’t about cake. I would also assume that there would be some form of naval combat/missions considering the time period and the fact that it has become an extremely enjoyable gameplay feature. If not then I hope there’s a gameplay feature that’s equally as enjoyable and keeps the campaign fresh. We won’t have to wait long as it’s set to be released later this year.

However there’s another Assassin’s Creed game that will be released this year too for the Xbox 360 and PS3 so those who haven’t made the transition will have their own title to look forward to. But for now all we can enjoy is the teaser trailer that was released so far.