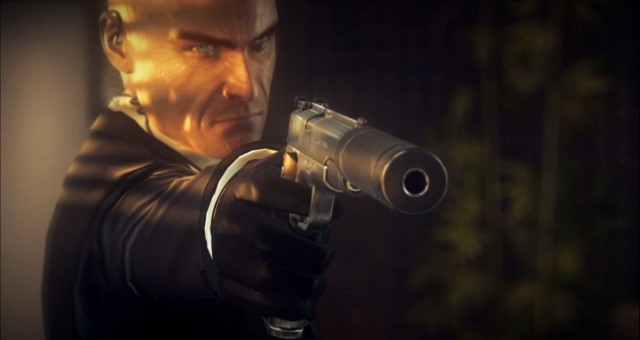 Hitman: Absolution is an action-stealth game developed by IO Interactive and is the fifth entry in the Hitman series chronicling the story of Agent 47. After the events of Hitman: Blood Money, Agent 47’s former handler, Diana Burnwood, goes rogue and publicly exposes the International Contract Agency while also sabotaging it. In the process she takes a young girl, Victoria, that is important to the agency so Agent 47 is dispatched to eliminate his former handler. All seems to be going well as Agent 47 tracks down Diana, wounds her and before killing her he asks her why she did it. Diana tells him where Victoria is being kept and that she’s just like him, trained (or rather tortured) to be an assassin. She shares additional information that convinces Agent 47 to honor Diana’s wishes to protect Victoria from the Agency. This of course puts Agent 47 at odds with the Agency and in particular his current handler, Benjamin Travis. It’s up to you as Agent 47 to protect Victoria while also eliminating any threats targeting you for betraying the Agency.

In my opinion, there are some games that have to be reviewed as part of a series whether due to continuing story or game play mechanics that are crucial to the series. There are other games that even if they are part of a franchise have to be reviewed for what that particular game is trying to be and not for what it isn’t trying to be. And I feel Hitman Absolution belongs in the latter category. Levels aren’t as big as Hitman Blood Money and due to some game play mechanics it’s faster-paced at times but it is consistent in terms of gameplay for the most part and once you get the hang of it it’s very enjoyable.

The first mission serves as a tutorial for newcomers to the series and for veteran players to become acquainted with the new game play mechanics. The premise is simple enough: you have to eliminate your target(s) without being caught and to do so you have to use a combination of stealth and disguises. But disguises aren’t foolproof. If you’re wearing a disguise similar to those in the area they’ll detect you if you remain in their direct line of sight for too long. Some disguises allow you to access restricted areas according to the rule just stated while other disguises will result in you being detected immediately if you enter a restricted area. So for example, if you’re wearing a police uniform you’ll be suspicious to other officers but won’t be suspicious to a mechanic. It makes practical sense and makes more sense than a bald-headed man with a bar code on the back of his head being undetectable because of a uniform even among those who are of the same profession. (Although ducking and hiding behind cover should have raised suspicion as well.) And if you take the uniform off the unlucky soul that got in your way and the body is found, all the guards in the area are immediately put on alert so you can be detected even faster if that happens. Just know that it’s important to clean up after yourself.

Nothing to see here, just taking out the trash

Also, if you’re detected in a particular disguise you can no longer use that disguise in that area (unless of course you eliminate everyone who was alerted). To aid in situations where you’re unable to avoid being around others wearing the same uniform, Hitman Absolution introduces a mechanic called “instinct.” It’s a bar that fills up from killing your target, enemies or successfully completing an action that helps you get closer to your goal. You can use up your instinct to walk past people and not raise suspicion.

However this is Hitman so instinct isn’t just used to blend in. It can be used to track movements of people in the area and also for precision shooting, known as Point Shooting. Point Shooting allows you to target enemies and specific body parts or items according to the amount of instinct you have and then executes your actions automatically. Considering the importance of remaining undetected you might use Point Shooting only sparingly unless you want to turn every area into a full-blown shootout, which is possible but not as rewarding. You have to use your weapons wisely and you’re given a wide range of weapons and tools to use to complete your task. You have your reliable silverballers, fiber wire and a host of other weapons or objects to use that you can find during a chapter whether it’s a sniper rifle, a syringe or a kitchen knife. There are also flammable objects, poisons, sleeping pills and other items that you can use to take out a target that can be found by exploring each area, using instinct and observing the target’s patterns. So even though some levels can heavily suggest a certain way to take out a target you still have enough freedom to come up with your own way to accomplish a task. And I had no issue with any of the guns the times I decided to see how to beat a level after getting into a gunfight. The controls were solid.

One issue I had was the way the game scored certain actions. Killing an NPC resulted in a deduction of points but hiding the body made it a wash so there was no problem with that. However getting spotted by an NPC resulted in a bigger deduction that no subsequent action could make up for that deduction. So even if it was one person and you effectively escaped his raised suspicion with no further consequences you would still lose points for being spotted. So if you’re a perfectionist and want to get the highest points possible you might have to replay checkpoints over and over to avoid the point deduction from being deemed suspicious.

Although it’s not difficult to adjust to the gameplay in Hitman Absolution it’s important to know that it’s highly story driven. So all the levels, the targets you have to eliminate and what you can do in each level is focused on the story. There are no side missions and even though there are challenges  you can complete they consist mainly of the way you eliminate NPCs or finding all the disguises in a particular area. The story stumbled at times especially the way Agent 47 was captured on more than one occasion but never killed. It’s a pet peeve of mine in general so even in movies where the “bad guy” tries to kill the protagonist time after time except when the protagonist is actually caught gets to me. Some characters are eccentric but then again that isn’t new to the series either. The brutality of the Agency and Travis in particular was on full display. The lengths they would go in order to retrieve Victoria made for a good story and there were many times I had to restrain myself from eliminating everyone in the area that was a part of it. (Well actually I did but then restarted the level to get a better score lol). There are some high points in the story I thought

were actually well done. The cast of characters sent after Agent 47 or who required something to be done for them before helping kept the story fresh. And Victoria’s story was interesting enough and Benjamin Travis was convincing as an antagonist. I felt this game was consistent in its game play and unwavering in its choice to be more story-driven and outside of the argument of whether it was a good choice for the series this was a blast to play. The harder difficulty settings added more to the game and purist mode is not for the faint of heart but very rewarding. I know purist mode gave me a greater appreciation of the levels and the objectives because there was nothing to focus on except a strategy to eliminate a target and complete the objective.

Hitman Absolution introduces a new Contracts mode. And you don’t have to complete the campaign in order to play a contract but everything you unlock in the game whether it’s weapons, disguises or techniques is available in contracts. And it’s alot of fun as well as challenging. You can play featured contracts, contracts created by your friends or create your own contracts. You earn cash to use to upgrade weapons or unlock new ones in your safehouse according to the objectives of the contract. A contract can be as simple as eliminate a specific person on a particular map or it can be as close to a game of Clue as possible by requiring you to kill Mr. Body in the library with the revolver…while wearing a chicken suit. There are so many contracts available and with the Hitman ICA app you can browse and choose contracts anywhere. This provides an experience that is different from the story mode and is highly entertaining in its own way. There are additional maps that can be downloaded so even if you have all the maps from the story mode memorized you can play a contract on new levels.  You can fail a contract completely by not eliminating a target a certain way or the overall cash wired to your account can just be reduced. You can compete against your friends on a specific contract or see how you stack up against everyone who played that contract. I’m very interested in seeing this in future entries in the series and where it can go. It adds tremendous value to the game and gives enough reason to continuously play it.

Hitman Absolution overall is a solid entry in the Hitman series. The new game play mechanics work very well and makes this one feel slightly different from the last Hitman. It gives enough ways to complete objectives and eliminate targets while still being story driven. It works in my opinion and it’s consistent so once you adjust to it it’s alot of fun. The story is entertaining for the most part and has a variety of characters you have to deal with so the levels don’t feel redundant. Contracts mode is a blast and I would love to see more of it in the future. This is not as open as Hitman Blood Money and some things have been simplified but there’s both a story mode and a contracts mode so overall it gives more than enough variety and enjoyment. I would one day like to see a Hitman game that is truly open world however this game doesn’t pretend to be that. If you’re new to the Hitman series then I highly recommend giving this a try. If you’ve played previous Hitman games I think you’ll enjoy this one for what it is and I definitely recommend it.