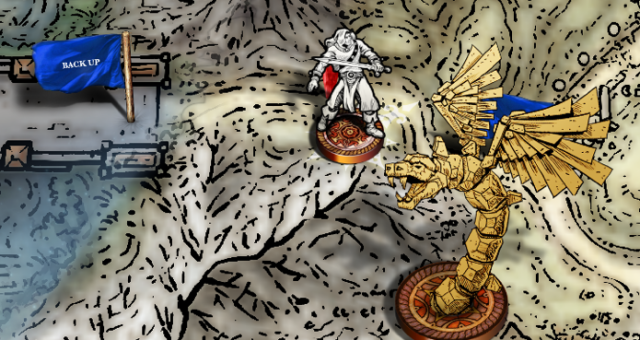 Sorcery! Pt 3 is the continuation of the fantasy storybook adventure game developed by Inkle Studios and based on the gamebook series written by Steve Jackson. It opens up with the Analander just reaching the Baklands after navigating the dangerous city of Khare. It is said that the Baklands have been cursed and void of life for generations but the way to the Archmage’s palace is through them. You’re the first from Analand to travel through these lands so you have no prior information that can help you navigate the harsh terrain. And worse than that, you learn that there are Seven Serpents waiting for your arrival and they lie in wait with various disguises and abilities to thwart your quest. You must defeat them before you leave the Baklands or else the Archmage will learn of your plan to oppose him. It’s not entirely hopeless, and when a message from the King of Analand reaches you and informs you that you have to find Shadrock the Hermit because he can help you, you know that you have at least one ally somewhere in the Baklands. But can you find him before the Serpents find you? And how can you possibly defeat these terrible creatures who only respond to the Archmage?

Sorcery! Pt. 2 was challenging in the sense that you had to navigate a city and uncover clues so you could continue and complete the chapter. It could feel repetitive going to the same locations seeing what you missed and repeating the same interactions. Sorcery! Pt 3 is everything Pt 2 wasn’t, and not only has a huge open world to explore but rewards you in so many ways for exploring. You explore TWO time periods courtesy of time manipulation through the use of light towers. You explore this world using your character similar to a piece on a board game by touching and dragging your character to the next point on the map you want to travel. Usually you’re given an option of what to do next at that point such as move on, rest or interact with someone. The rewind mechanic, which allows to redo any move or encounter you have, is back but this chapter is so vast in comparison to the others that it’ll seem minor considering all the moves you have to make. There are even bridges you can only cross if you shine a light on them because in the present day they’re nothing more than a crumbled structure. 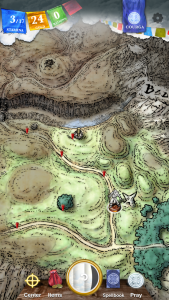 The time manipulation is more than just a gameplay gimmick because it’s actually crucial to understanding the story and the history of the Archmage’s rise to power. The Plains of Baddu-Bak were once a thriving land but that changed due to the scourge of the Seven Serpents. In your journey you come across various characters who provide these pieces of information, and they also explain that in order to pass through the land even in the present day those serpents have to be defeated or else the Archmage will receive advanced warning of your arrival. There are characters you can only interact with in the present day and some you can only interact with if you point one of the light towers in the right way and take a journey into the past.

I found these interactions to be engrossing due to the various characters and situations, and even though it was a land destroyed long ago, it was remarkable how the game made the inhabitants stories and daily lives meaningful in the current quest. Whether it was stumbling upon a former work factory and encountering workers or discovering a ghostly girl strangely alone in the woods, it all added to the overall story. Seeing the devastation caused by the Seven Serpents was great in increasing their stature in terms of formidable threats to the hero. And the mystery about the Archmage’s true intentions deepened because the means in which this destruction took place were revealed. Not all interactions were the same and swindlestones made an appearance again in some interactions. And just like the previous chapters all decisions made affected the end result. 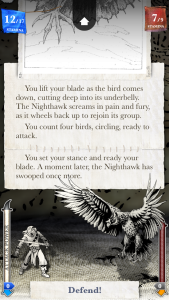 Challenging the Seven Serpents Can Be Puzzling

I’ve enjoyed the combat in this series to date and there was a time when I felt there wasn’t enough. This chapter struck the perfect balance with the amount of combat but the battles were definitely more challenging this time around. There were more than a few occasions where I had to fight an opponent with considerably more health than me while already low on health due to a previous battle where my previous opponent didn’t land one successful hit on me. And that’s because there were many times you could do nothing but block and have your health depleted. And I’m not even referring to the serpents. But there was still that exhilaration from landing a successful hit. The combat mechanics were basically the same: move your character all the way to the left for defense and move character right to attack with the strength of the attack determined by how much you move your character. You launch a successful attack if the strength of your attack is more than your opponent’s. Every time you attack it reduces the total potential strength of your next attack, and you can only increase it again by defending. This continues until either character loses all their health.

Pursing and fighting the serpents didn’t result in a straight up battle all the time because they were connected to the most challenging puzzles in the game. There were multiple ways to defeat most of them and often without using your sword once. Think you can attack the Time Serpent and defeat him? Nope, he’ll just use his time abilities and kill you before you can get close to him. This aspect of the gameplay was so enjoyable that I became obsessed in wanting to find every single one of them. This was a great incentive to explore the open world finding clues on their whereabouts and how to defeat them all. Unfortunately the game doesn’t do a terrific job in helping you keep track of which serpents you’ve already defeated. Some were obvious with permanent markers indicating ones you’ve defeated but I reached a point where I couldn’t find the seventh serpent because I didn’t know which one I was supposed to be looking for. You don’t have to defeat them in a particular order and there’s no list in your item or hint screen specifically stating the names unless you already found a clue. And it was also possible to miss a serpent completely if you messed up the one opportunity to fight it, which I did on one play through. 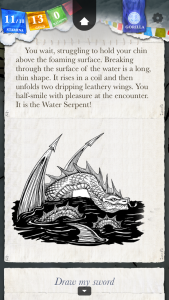 I would say out of all the chapters this one easily has the most replayability value. Just based off the challenge of the Seven Serpents alone there’s so much to try to go back and do. On my first play through I missed 2 of the serpents and then I realized how to utilize the clues more effectively and choose different options on some encounters. And since the use of the magic system is more exhaustive this chapter it expands the potential solutions to every situation. And there are little towns spread throughout the open world so this chapter did indeed provide an immersive experience. And yes there are quick travel points so it’s easier to navigate. There were some occasions where the mechanics felt repetitive such as floating often and being forced to backtrack without a clue on where to go next could be exhausting. However the overall world was just so exciting and offered so much I couldn’t stop playing. I just hope the next chapter is just as rewarding.

Sorcery Pt. 3 is the most entertaining chapter in the series so far with its combination of a rewarding open world, interesting puzzles and blend of action and magic. The ability to travel through 2 time periods results in the creation of an engrossing story deepening the mystery behind the Archmage while giving context to the impact on others in the world. The pursuit of the Seven Serpents is overall exciting although the search for them could feel slightly tedious when having to backtrack so much. However, I’m looking forward to the next chapter more than ever now and I definitely recommend giving the Sorcery series a shot. 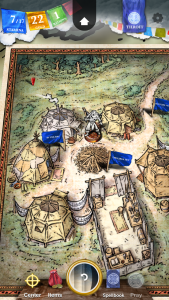