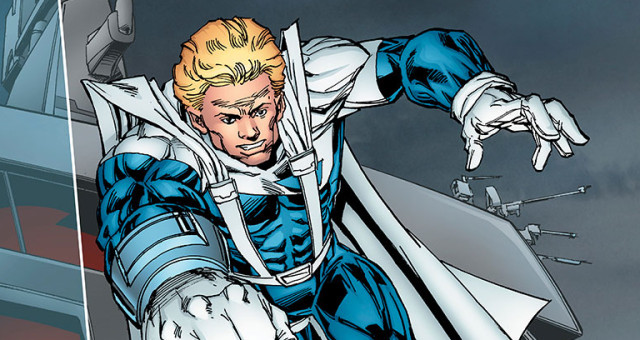 Q2: The Return of Quantum and Woody #4

Q2: The Return of Quantum and Woody #4 has Eric donning the suit of Quantum once more to put an end to Koro’s scheme and stop the Sword from creating more human weapons. Initially he’s not alone as he’s convinced the original Woody to suit up as well and attempt to infiltrate one of their buildings. However, Woody doesn’t trust Eric’s intentions and believe he’s not telling the full truth about his plans for the grail. He’s also concerned about Eric’s health considering Eric’s recent fit of angina and his current plan to swoop down to take out Sword’s super-powered soldiers. Thinking none of this is a good idea, Woody doesn’t climb up the rest of the building and instead plans on going to see the new Quantum, who is struggling with his memories returning. It’s not just the memories returning but something has happened to his powers and he’s not happy about that. Woody’s not surprised about it because he has known Eric his entire life. But there have been many times when Woody complicated matters such as the time after shooting a man in the woods as a teen. He ended up hiding in a trucker’s cab and being brought to Canada, which he called France. Eric was able to find Woody after he called him but the latter would flee with thoughts of George shooting Lennie in Of Mice and Men, and didn’t want to end up like that. But it only made matters worse when he pulled a gun on the train, forcing the local police to close in on them, when Eric was only trying to help. So is it possible that Eric could still have good intentions but doesn’t trust Woody to do the right thing? 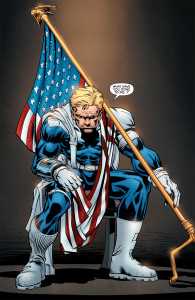 I’ve been enjoying the overall premise of this series, and the story has been engrossing and humorous at times. However, I felt last issue the story didn’t flow so smoothly as it jumped around skipping events, and more perplexing elements were added to the mix without any of the story threads being resolved. So even the flashback story has been enjoyable in a vacuum but it’s still unclear where it’s going or if it’ll even tie into current events more than just giving a past reference to Woody and Eric’s friendship. So as a result, the placement of it felt more frustrating than anything because the Koro storyline jumped around. This issue started off with the flashback and had Eric and Woody’s current situation in the middle, giving an example of how things have been for them. There still wasn’t any sign of a resolution of Woody being on the run but the developments make it seem as if that’ll be the case next issue, of course. But the story would flow wonderfully, and with plenty of answers once Woody encountered the new Quantum. His control band would no longer be working, and one of the side effects would be his memory coming back. And he would detail how the 3 of them ended up in the current situation with Koro. This was entertaining and covered pretty much all of the current Quantum’s past. It felt good to see the pieces of the overall story coming together in such a manner, and despite there still being a couple of questions unanswered, the story definitely felt like it was back on track. And even the humor, which was mainly in the Woody flashback, worked very well, and didn’t take away from the gravity of the current situation. And the story still moved forward overall, and I’m more than intrigued to see how it all concludes next issue.

Q2: The Return of Quantum and Woody #4 got the story back on track as the new Quantum’s history is revealed, shedding light on the current situation and connecting past and present events. It was interesting to see how deep this situation went and the character development was on point. The flashback for Woody and Eric’s teen years was humorous and entertaining in its own way but I’m still not sure how it’ll be connected to the current situation. The Koro storyline is still as intriguing as before, and now that certain identities are clearer, the setup is pretty sweet for the conclusion next issue.