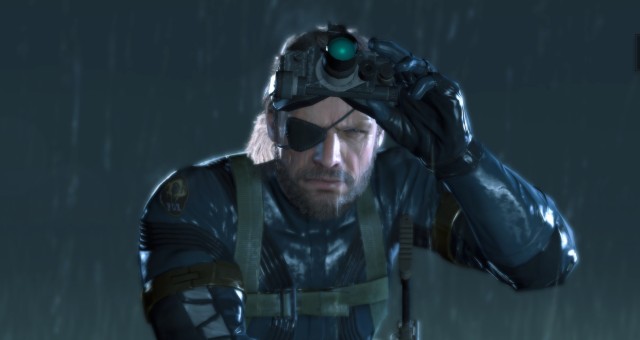 Metal Gear Solid V: Ground Zeroes is an action stealth game developed  by Kojima Productions and is the prologue to the upcoming game, Metal Gear Solid V: The Phantom Pain. You reprise the role of Snake, i.e. Big Boss, and it opens up in 1974 following the events of Peace Walker. Snake is sent on a mission to infiltrate Camp Omega to investigate the capture of two agents, Paz and Chico, and if they’re alive to extract them, and if they’re dead, determine what information they divulged about MSF. Paz has significant value because of her information concerning Cipher, and Chico, who originally tried to free Paz, is of value to the MSF. It’s your job as Snake to complete this mission by any means necessary, and it’s only the beginning as Camp Omega is used to accommodate many high value targets while also being under suspicions of many illegal activities.

I was looking forward to finally starting  Metal Gear Solid V: Ground Zeroes, and I set aside enough time for what I believed would be necessary to get a hang of the controls and get a good taste of the story. And the way it started was amazing as I was in awe of the graphics and the mature tone was true to what was promised, and I found myself being pulled into its world effortlessly in the opening cutscene.

There’s not much in the way of a tutorial other than showing you how to use your recon binoculars and your iDroid. You’re dropped off right outside the base and you have to scout the area before infiltrating it. The binoculars are very useful as it automatically marks targets, locations such as turrets, and you can use them to listen to conversations as well as request intel on anything you’re viewing. The iDroid is where you view all the information that’s being sent to you over the radio about the area, your targets, and how you call for helicopter pickup. After you’re shown those 2 things it’s up to you to decide how to infiltrate the base and which direction to head from there. The controls were solid as Snake would default to a crouch and it was easy to switch between all 3 stances, which can be key when trying to avoid detection. Another useful way to gather information is from the guards as I learned when I snuck up on the first guard in the watch tower and tried to knock him out from behind, and I was given 3 choices: kill, knock out or interrogate. It’s an interactive feature that requires you to constantly hold the right trigger button while making a selection using a combination of other buttons, and it really feels like you’re holding someone from behind. Well, not exactly, but it’s much better than the usual one button knockout. And the fact you can have a guard call others over is an excellent touch. However there isn’t much incentive to just knock a guard out unless those are specific instructions because they will wake up well before your mission is complete and you have to backtrack.

Inside the base there were times when I was being spotted by guards who I couldn’t see because of how I was hiding, and obviously that caused problems. Now, it is an army base so they’re on higher alert than guards while sneaking into a location in other games, and I did appreciate their propensity to investigate whenever something seemed out of the ordinary so if hiding behind certain materials makes you visible to them even if they’re not visible to you then the game isn’t clear on that. However it was nothing that could destroy the stealth aspect, which worked very well overall. I did have a problem with the instantaneous awareness of all guards even if you’re spotted briefly by one, and I’ve stated in my other reviews how I don’t like when games do that without justification. At least here the guards don’t all know your exact location so it’s still possible to avoid them even after the base is put on high alert. The gameplay was still addictive and I was getting the hang of being Snake, and feeling really good as I worked my way through the rest of the map completing the two objectives. And I thought as soon as this cutscene ends I’m gonna call it a night and continue the next day, and then the credits started rolling leaving me utterly perplexed. I thought I did something wrong and somehow ended up skipping the actual game because I didn’t explore every single area of the map, and I completed the “game” in less than an hour, and this included the cutscenes and pauses to view the controls. The feeling was equivalent to opening a big bag of chips only to discover there were only 2 chips in the bag. The game ended before I even got the full hang of it.

Part of this is the way the game is structured as you’ll notice it only says 7% completed after finishing the campaign because more missions become available for you to return to the area, and there are 5 in total. And the credits roll after each one giving a cinematic feel to each side op, and they are very interesting as you’ll use some of the controls that are almost unnecessary in the brief campaign, and their objectives vary greatly. This can stretch the length of time to an additional two hours depending on how you play, and there is high replayability value as you can try various ways to complete the objectives. However that can be said for so many other games and the replayability value based on one’s interest in the game play shouldn’t count as actual game length. If one completes the same race over and over in GTA or Watch Dogs should that time be added to the game length? No. It says a lot when there are actual demos that are longer than this game, and it’s a precedent I can’t endorse if one has to buy this at full price when in usual cases it would’ve been DLC for a full game. The atmosphere is amazing, and it is indeed a great experience overall when playing but the length makes me feel this was just a trial run for The Phantom Pain, and if that’s the case then it’s better to just wait for that than purchase this for more than the price of DLC.

Metal Gear Solid V: Ground Zeroes is an extremely captivating game that will pull you into its world completely but ultimately leave you disappointed due to its length. The graphics are incredible and the game play mechanics are solid, and very fun so this is an unusual situation of rating a game that I wouldn’t recommend not because of its game play or story but because I cannot recommend it at full price. If you can get it at a high discount then absolutely because it’s one of the best I’ve played this year, as long as you’re prepared for how short it is. For now, it’s just a taste of things to come in Metal Gear Solid V: The Phantom Pain, and if that’s the case then I’m very excited for that game.