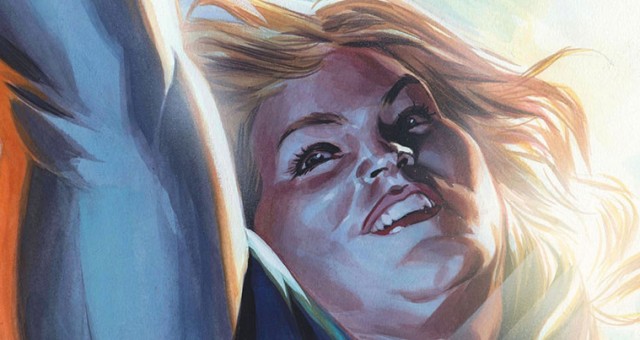 Faith and the Future Force #1

Faith and the Future Force #1 is the start of a 4-part series that has Faith teaming up with Neela, Timewalker, to stop a new threat. It opens up with Faith reflecting on recent events in her life. After one of her enemies orchestrated a scenario framing her for murder she’s been unable to be Faith openly. That is until Neela walks into her office and asks her if she wants to save history. Since she’s not one to pass up an opportunity to be a superhero, Faith agrees despite not knowing all the details.

Things only get weirder when Neela asks Faith if she’s ever heard of a man named Adolf Hitler to which Faith replies no. Apparently history has already changed. After introducing her to Ankh, Neela tells Faith that there’s an evil robot destroying history. This is something that Faith believes she can handle and handle alone. But there’s something that Neela is holding back. Where did this robot come from? Why did she choose Faith? And what if Faith isn’t enough to handle it? 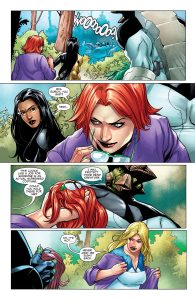 There are mash-ups you hope will happen one day and then there are those that happen you never knew you needed. Faith and the Future Force is one of those mash ups I didn’t think about but now I know I always needed. If you’ve read any of my reviews on Ivar, Timewalker or Faith then you know I’m a fan of both. This issue masterfully combines both worlds replacing Ivar with Neela. There was Faith’s usual nerdy references without feeling forced. And there was Neela assuming the role of the mysterious time traveller not being forthcoming about everything taking place. And together they made for a riveting start to this story.

The first half of this issue with its introduction was highly entertaining. And it was good to see Ankh again. From the nerdy culture references to the banter between the characters, there was a lot to enjoy here. Neela would explain to Faith how an evil robot has learned how to destroy reality by dismantling “the very fabric of time.” I admit this would’ve sounded generic if I didn’t know how interesting things could get for a timewalker. And the fact that Neela and Ankh weren’t revealing everything to Faith made the robot confrontation more intriguing. I could feel the tension rising. 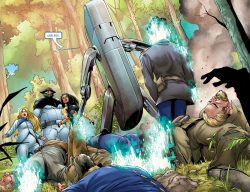 One thing I loved about the Timewalker series was the one it handled time paradoxes without feeling gimmicky. This issue handled it perfectly. I won’t give away the rest of the issue but I became more excited as the story progressed. It wasn’t just about the initial confrontation with the robot. It was the mystery behind these events deepening. The writing was beautiful. And my excitement reached a culmination on the final page of the issue. The next issue can’t come soon enough.

Faith and the Future Force #1 is an excellent start to the series combining the best of both worlds in an entertaining manner. From the start of this issue to its last page, it pulls you into its story and leaves you wanting more. Faith and Neela work well together due to Jody Houser’s writing. And even though the mystery behind these history erasing events are just being unraveled it’s still completely engrossing. I’m looking forward to what’s next for this team.