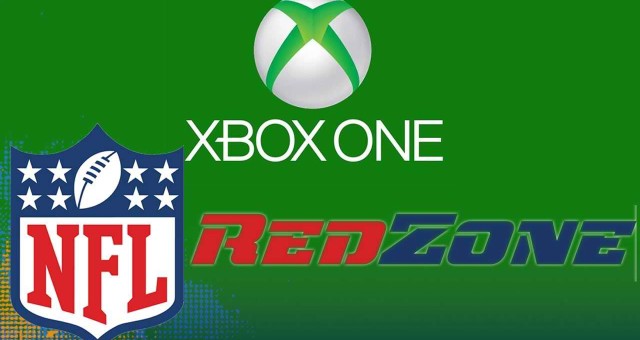 One of the exclusives apps for its next-gen console that Microsoft has been promoting is its Xbox One NFL App, and as a big NFL fan I had to check it out. Sundays are NFL days for me (especially since Blue Law closes just about everything in my area) and usually I have various apps or sites open on my phone to keep track of all the action. And when the New York Giants are playing I like to be able to see different stats throughout the course of the game. And with the numerous pre-game and post game shows, there can be a lot to go back and forth between resulting in at least some of it being missed. The Xbox One NFL App is not only supposed to make all of that easier but enhance the NFL experience for viewers throughout the entire week. Nonstop NFL coverage at the tip of your thumbs, or fingers or tongue, if you prefer to use kinect gestures or voice commands. It’s a snappable app so you can view it either full screen or in the snap window on the side of your screen. Voice is the quickest way and you can either simply say “Xbox Snap” and then “NFL” and it opens up or “Xbox go to NFL” and it’ll open up. Of course if you want to have the app snapped while watching a football game your setup has to have your cable box going through your Xbox One. If you open the app in full screen there will still be a window on the right side that allows you to preview the selections you’re scrolling through while playing in the main window the program, video, or stats you selected.

The Xbox One NFL app is divided into 7 sections, which are the same whether you’re viewing it full screen or snapped, and each section has various videos, stats or other information you can scroll through. Here’s a list of the 7 sections:

I’ve been using this app on various days to see if it truly offers what has been stated and for the most part it works very well and overall it does enhance the NFL experience especially during games. Since I have my cable box connected to my Xbox One it’s a breeze to launch it in snap mode while watching a game by voice without any interruption in the action. Navigating through the different sections and pages is also easy to do as the voice commands are simple, so the odds of the Xbox performing the wrong command are very small. I found it to be more difficult to navigate using gestures in snap mode because some of the selections require a precision that isn’t always there and is more of a hassle than using voice commands or the controller. That could partly be do to my setup (see Xbox One review) but I’m not rearranging my living room just to use hand gestures for one app. It is great to be able to keep track of any game you want whenever you want without having to switch from the game you’re watching in the main screen. The videos won’t have sound because the default in snap mode is without sound but you can active sound easily. However the audio from the TV isn’t muted so you’ll have to deal with audio from the TV and video at the same time. I’ve been unable to find a way to just play the sound from the app while it’s snapped so I hope that feature is added because that would definitely improve the overall experience (can watch a video on the side while a commercial is playing in the main window). I particularly enjoyed keeping track of scores of other games (playoffs coming up) and not all the screens in the Game Center section update the scores automatically so you have to be mindful of which screen you have displayed if that’s what you want.

Full screen mode works just as easily and hand gestures work better in this mode than in snap mode. In this mode I had a greater appreciation for the app because you can watch anything you want in the main window from any of the 7 sections while previewing another item on the right side. Everything about the NFL is truly right here. This was wonderful. It’s not complicated to log in to the NFL Network section for the first time because you just select your cable provider and then have to enter a verification code on a website. I did have a problem with the NFL Redzone section recognizing my status as active since it’s supposed to be one and the same but that was ironed out. For the NFL Thursday Night section there were some hiccups with the live streaming and ,at times it would stop and go back a few seconds or the audio would just continue and when watching a game that can be a problem. It wasn’t a network issue because I stream HD channels through my optimum app to my iPad all the time and even though the app is maybe 5-10 seconds behind there are never any hiccups. This can be rectified in time but it was better to watch the actual NFL Network channel live during a game and just use the app in snap mode.

The favorite team section is useful and makes it very easy to just view stories, clips, etc from your specific team and you actually get an achievement for selecting a favorite team. The team can be changed at any time so if you’re a bandwagon fan this won’t cause you any problems (I kid). I don’t play Fantasy Football so I can’t write about how useful that section is in terms of making things easier in managing your team but I didn’t have any issues when perusing through the options in that section.

If you’re a huge NFL fan the Xbox One NFL App will enhance your overall experience and not just on game days. The various sections offer everything you need from NFL.com, the NFL Network and has a fantasy football section. With the voice commands it’s a snap to go in and out of the app and scroll through the various sections while watching games, and the full screen mode gives an even greater appreciation of the app. There are still some hiccups as the kinect gestures can be cumbersome in snap mode and the live streaming of Thursday Night games has some issues but not only can those issues be fixed (and should be fixed) but there are simple ways around those issues so the experience isn’t dampened now. So I do feel that for the most part the app delivers in the ways that have been promised but there’s still room for improvement. But for now I can definitely enjoy the season even more.