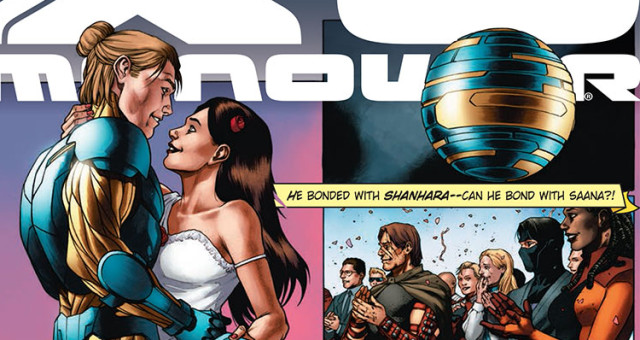 A BIG change is coming to the Valiant universe next month, and there has been nothing like it to date. No, it’s not a crossover but the marriage of Aric of Dadia, aka X-O Manowar. Ever since being taken by the Vein from his homeworld and his people only to return 2 millennia later, Aric has been torn between the past and the present but now he’s ready to move forward with his future wife, Sanaa of Loam. The big date is July 1st and will take place in X-O Manowar #38 and I have the preview for the 48-page bonanza. Issue #38 will have 3 additional stories so you can expect a huge cast of writers and artists to help pull this off. The main story is written by Robert Venditti and drawn by Rafa Sandoval. But since this isn’t just Aric’s big day, Amy Chu teams up with artist Clayton Henry for a solo tale featuring Saana of Loam. The behind the scenes detail of Aric’s bachelor party will be provided by Rafer Roberts, who will do the writing as well as the artwork for that story. And Andy Runton rounds it off with an all-new Owly adventure with the X-O Manowar armor. Guest appearances range from Doctor Mirage, who helps him communicate with his past, to GIN-GR, who was once sent on a mission to kill him. Will it be a completely happy occassion or will there be any villains crazy enough to show up to cause problems? Have to wait until July 1st to find out but for now check out the preview below: 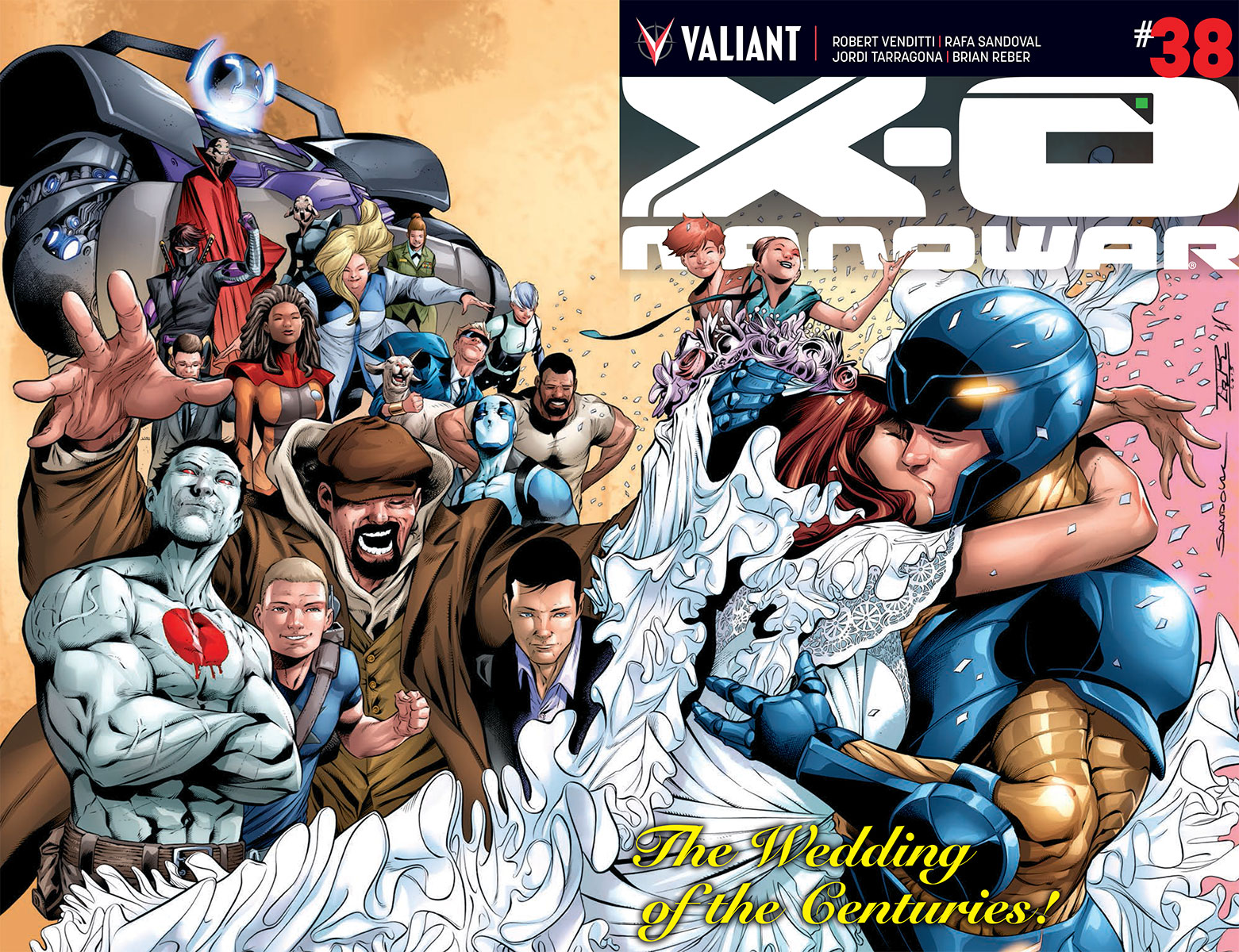 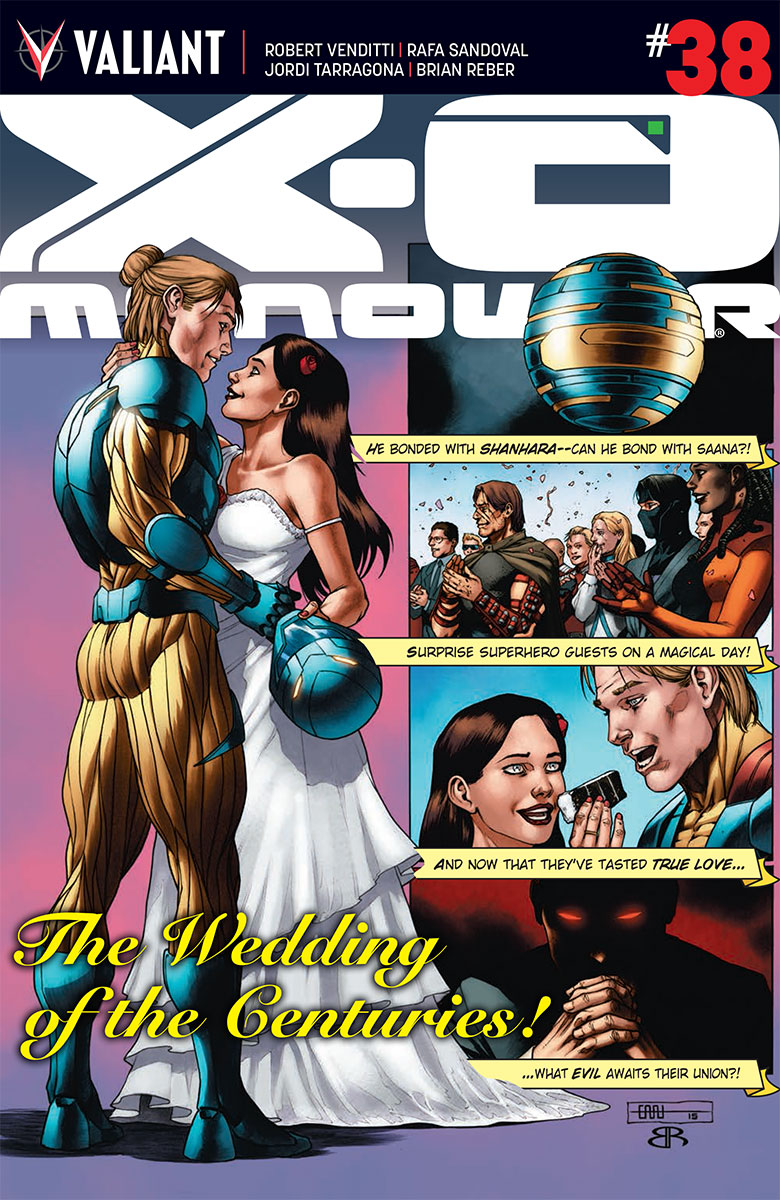 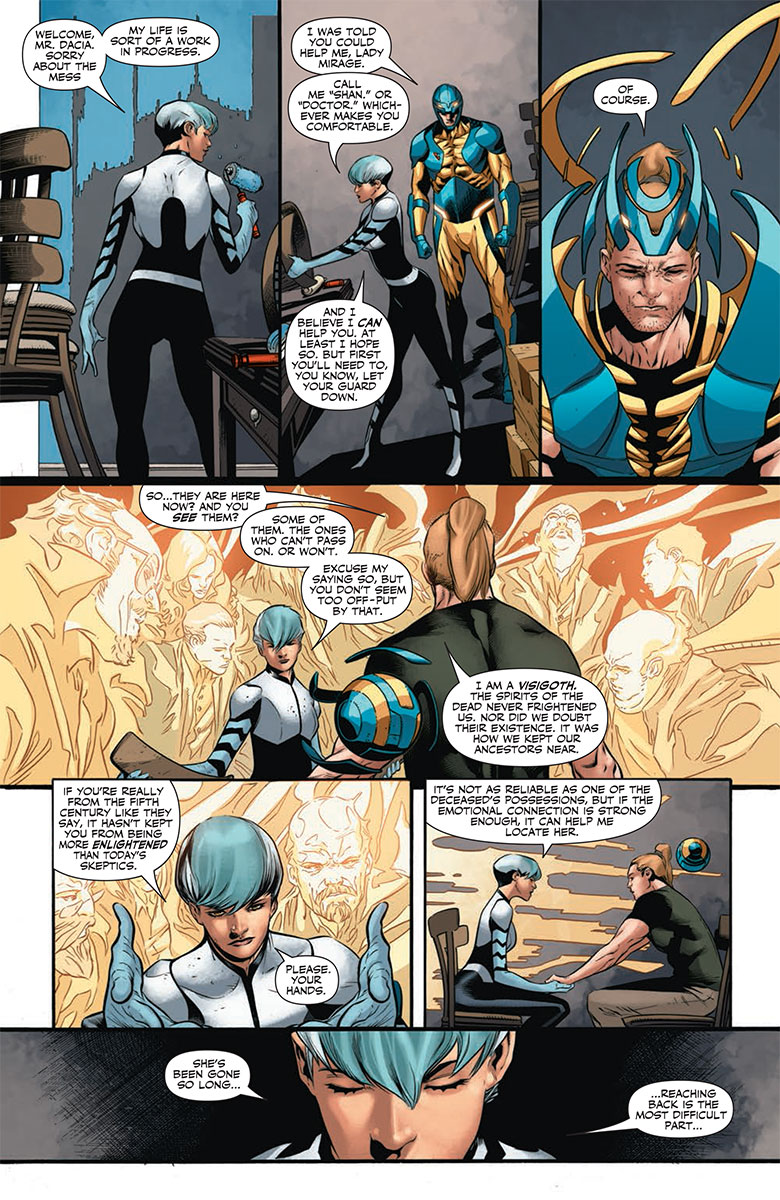 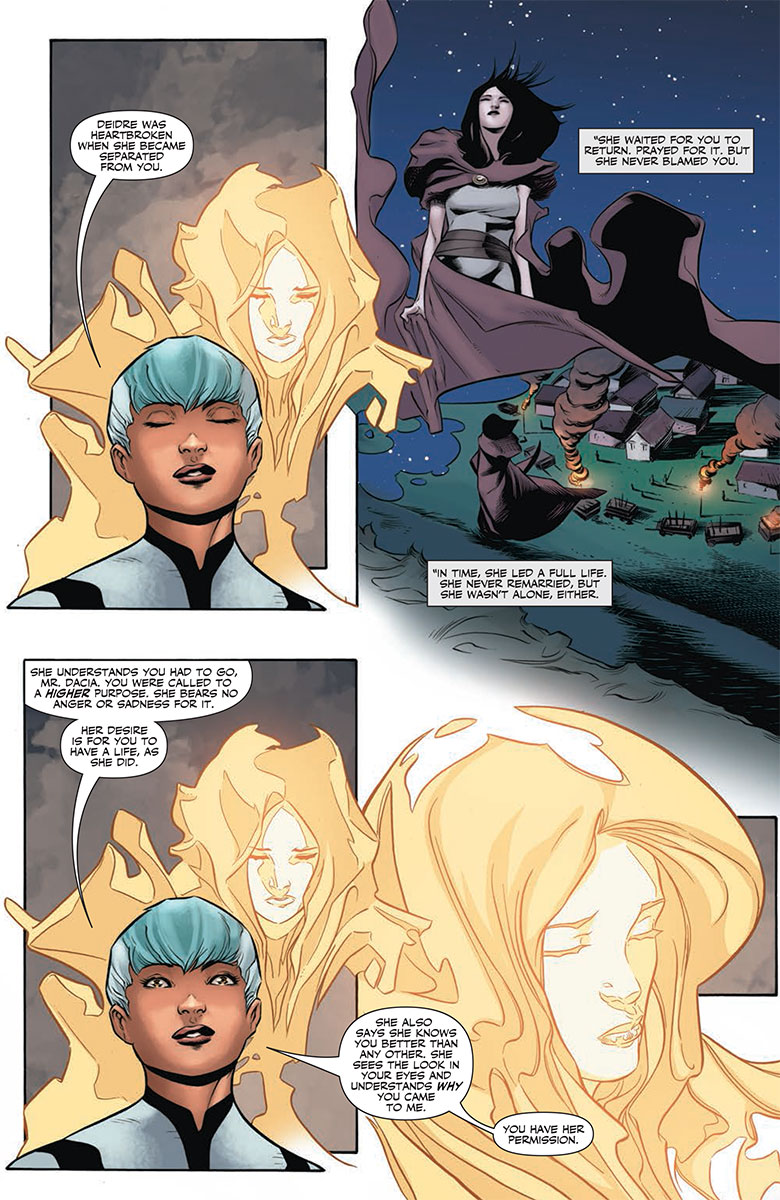 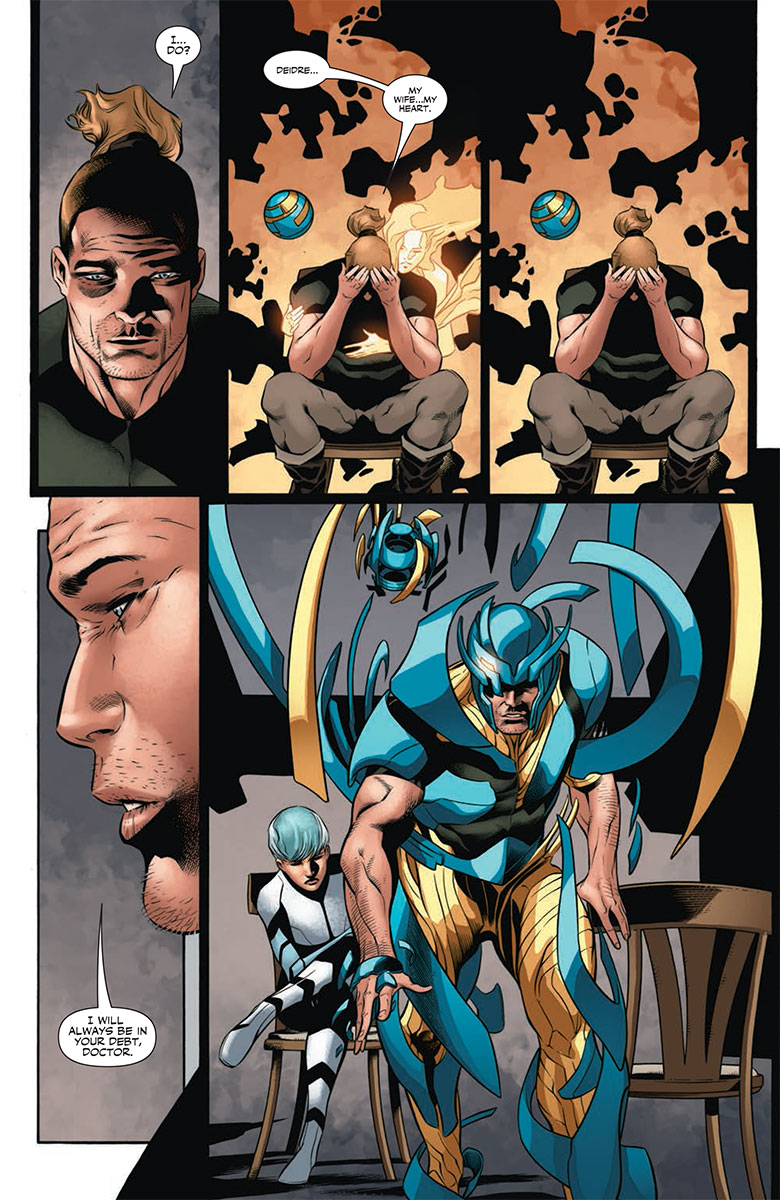 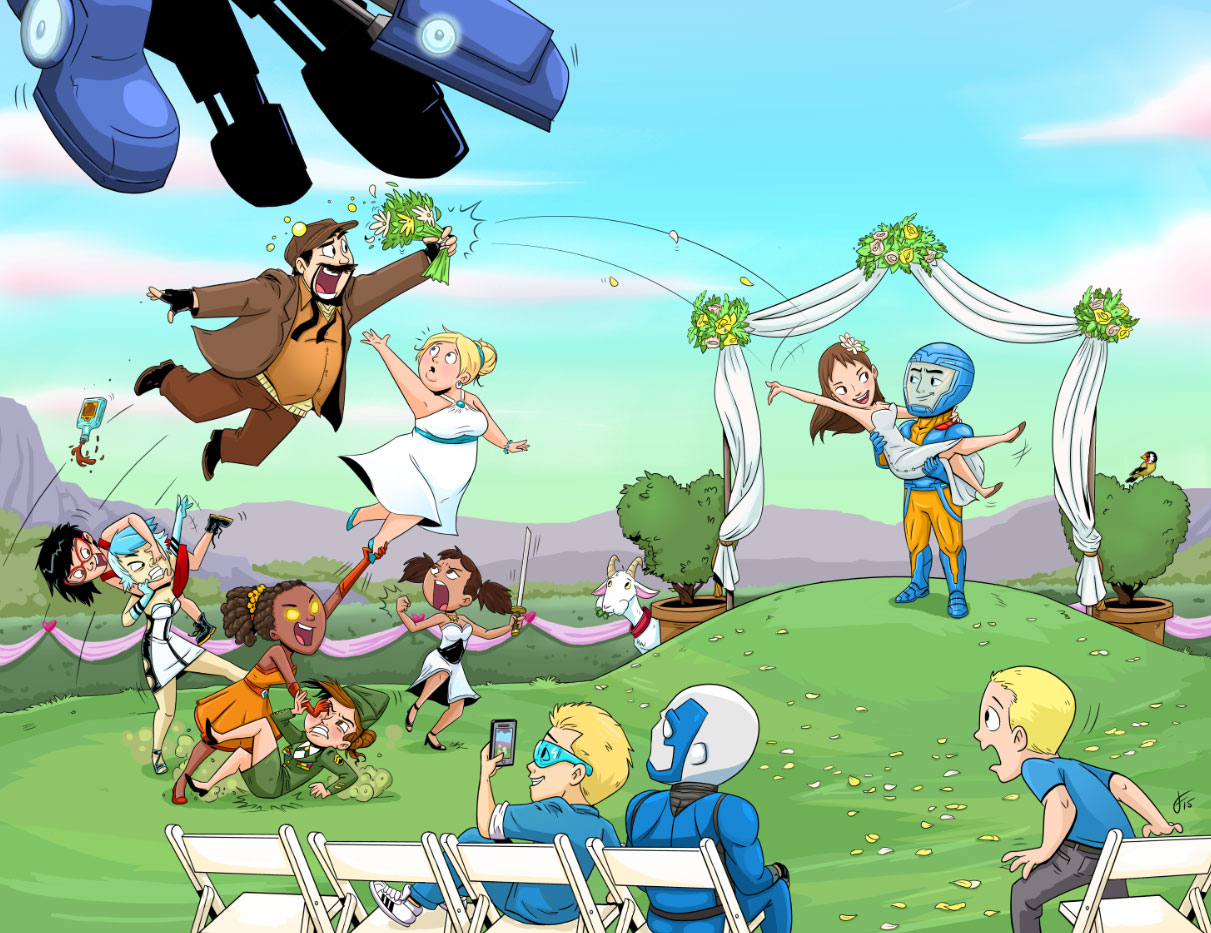