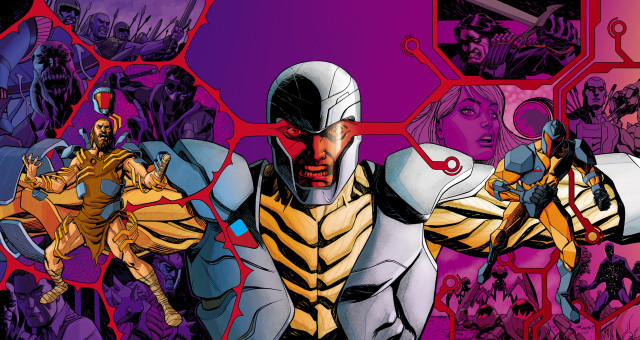 Life will go on for Aric of Dacia after the Armor Hunters leave, and that much is proven true in the X-O Manowar #0 preview that reveals some of his past as he decides what to do going forward. This issue will be released on October 8th, and will cover centuries of his life including the life under the Roman Empire almost 2 millennia ago. Since my introduction to X-O Manowar was through the Armor Hunters event, this issue will serve as a great jumping on point for others who also want to know more about the person behind the armor. There will also be 5 interlocking covers commemorating all the different chapters in his life consisting of his enslavement at the hands of the alien race known as the Vine; his escape from their reach with the X-O Manowar suit; his first encounter with Ninjak; joining the superpowered team Unity; and the invasion of the Armor Hunters. You can see below how the beautiful artwork by Dave Johnson comes together.

I’m really looking forward to this issue because I’ve been very impressed by the character and intrigued by his and the armor’s history so it’s arriving at the perfect time. Of course Robert Venditti will write this story but he’ll be joined by artist Clay Mann, who has done excellent work on many titles for Marvel and will now be using his talents for Valiant. If you’re unfamiliar with his work then just enjoy the pages from the upcoming issue. 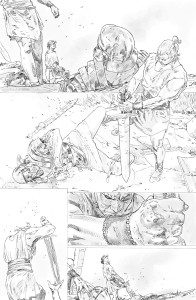