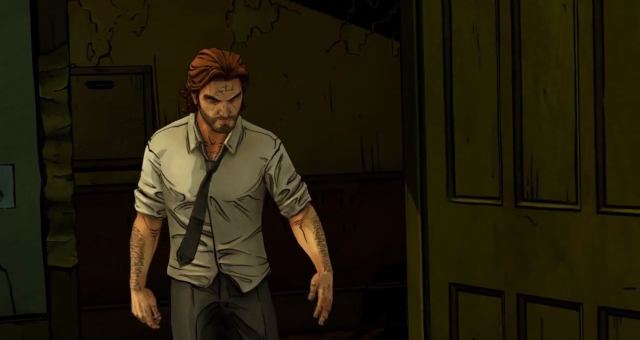 The Wolf Among Us

The Wolf Among Us is Telltale Games’ next episodic adventure series and it’s based on Fable, the comic book series created by Bill Willingham. The developer of the critically acclaimed Walking Dead series is not resting on its laurels and seeks to enter into the point-and-click supernatural adventure genre. The game is titled after its protagonist, Bigby Wolf, who is the sheriff of Fabletown and is also the Big Bad Wolf. Yes, he’s the wolf from Little Red Riding Hood but he’s in human form most of the time and he’s also reformed, so please, no judgments. In case you don’t know, Fables is based on characters in fairy tales and folklore but by no means is it a children’s tale. It’s set in a gritty NYC and these characters refer to themselves as Fables, as they’ve formed a community, which they call Fabletown, within the city. The Wolf Among Us keeps this gritty atmosphere. In fact, the game starts off with you investigating a murder mystery so this is definitely not your average fairy tale.

Much like the Walking Dead series, The Wolf Among Us will require the player to make decisions throughout the course of the game and those decisions will affect the way the story unfolds, although probably not as varied as the Walking Dead. But it will be focused on story telling and unique characters, and with the protagonist being a reformed wolf, who is always close to giving into his bestial nature, I can only imagine how interesting the situations will be. So your decisions throughout the course of the series will influence whether Bigby Wolf is closer to his human form or to his underlying bestial nature by the conclusion of it.

With Telltale Games’ experience in epic episodic storytelling, I’m looking forward to this new series being released. I loved the Walking Dead series and I wondered how the game play would work in a different series. Obviously everything won’t be as dire as it would be in a zombie apocalypse but there are plenty of potential situations where the intensity could be on the life and death level, and having mysteries to solve as well would lead to interesting gameplay. Check out the trailer below and see for yourself how good this game looks. It’s set to be released late Fall.