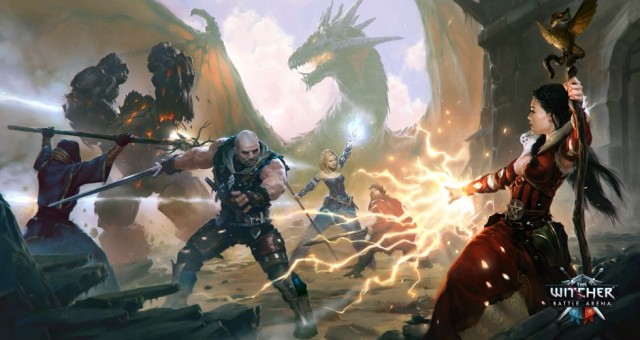 If you’ve read any of my posts about the Witcher then you know I’m a huge fan of the series, and the Witcher 3 is one of my most anticipated games for next year. So I’m more than willing to try the Witcher Battle Arena, an upcoming free-to-play MOBA being developed by CD Projekt Red. It’ll be available for iOS, Android and Windows phones, and you can sign up for the beta now but the beta is only for Android phones. Yes, “free-to-play” means you’ll be able to unlock items by purchasing them but CD Projekt Red states that you can unlock everything in the game without paying for it nor will you be required to play endlessly since its system will be “honest.” I would take them by their word for that because what I’m more interested in is whether or not the gameplay features will be fun, and the world as engrossing as the series, and it seems like that might be the case. All the main characters from the series are available as heroes complete with unique abilities and requires different tactics in order to be successful. The premise here is the war between the Nilfgaardian Empire and the kingdoms of the North. Those who have no allegiance to any side seek glory in the Nilfgaardian Arena, and the winner will be granted any wish by the Emperor. This is where all the fighting will take place in a 3 versus 3 match whether it’s all players or you playing alone versus bots. CD Projekt Red has released its first trailer and the graphics and game play look hella fresh. I’m looking forward to its release, since I can’t sign up for the beta, and it’s another mobile game I’ll be adding to the list of those I play. Hopefully it’s a smash! Check out the trailer: