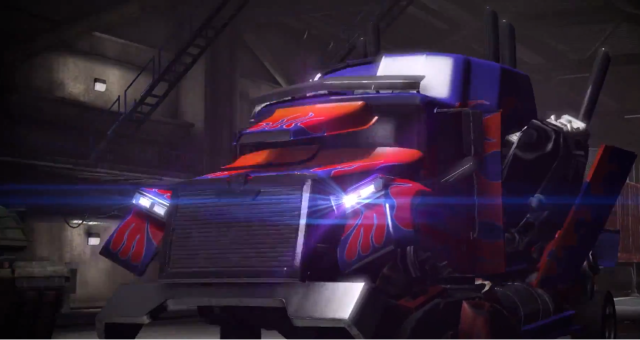 Transformers: Rise of the Dark Spark

The latest iteration in the Transformers series has been announced and it’s called Transformers: Rise of the Dark Spark. There are some major changes this time around as High Moon Studios is no longer the developer and this one is being developed by Edge of Reality. Also, the series will now be connected to the movie franchise as it will tie in to the upcoming Age of Extinction movie being released this summer. The video game series based on Cybertron has always been separate from the movie franchise and the two entries to date have been excellent in both story and gameplay. So with Rise of the Dark Spark combining the two worlds it’s unclear how this will be done considering the movie franchise had the Transformers on earth since the first movie and the video game series has them just leaving Cybertron. So it’s possible that the video game could be a prequel of sorts to the latest movie especially considering it was revealed that Transformers did indeed arrive in the solar system prior to the first movie. And there were Dinobots in Fall of Cybertron and there will be Dinobots in Age of Extinction so there are plenty of connections to speculate on. Just as in the previous games players will be able to play as both the Autobots and the Decepticons and considering that it has to tie in to the movie franchise the choice to destroy or protect the earth might be dictated by the story similar to before as opposed to having free choice. The official blurb also states, “Rise of the Dark Spark jumps worlds and factions as it weaves the tale of the hunt for an ancient relic as powerful as the Matrix of Leadership – the Dark Spark.”

Now I’ve loved the Cybertron series and I’ve been looking forward to the next entry immensely. The one Transformers game I didn’t like was the one with the movie of the same name, Dark Side of the Moon, because it felt rushed, sluggish and the graphics weren’t great either. It seemed to suffer from everything that could go wrong in a video game directly tied to a blockbuster movie. So even though I might only be interested in seeing the upcoming Transformers movie to an extent, I’m barely optimistic about Rise of the Dark Spark because the Cybertron series has been excellent. So I’m hoping that instead of the quality of the game going down to merge with the movie franchise, the quality remains the same and the story is still interesting. For now, all we have is this trailer to enjoy.