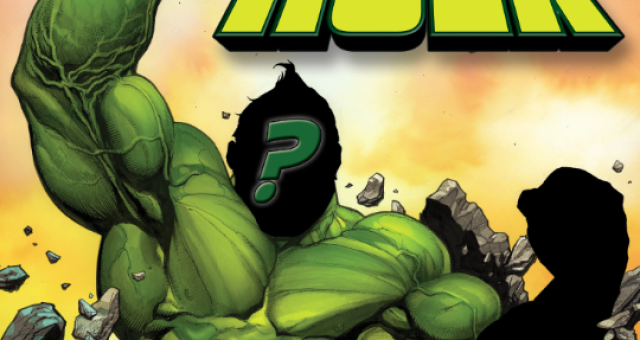 Marvel’s Secret War series hasn’t concluded yet but there has still been monumental changes to the Marvel universe. Universes have changed, teams have changed, characters have changed and if you haven’t been reading it I highly recommend it so far. Questions remain about the fate of many characters but news has already been released about one in particular, and that’s the Hulk. While, partial news has been released in the form of an announcement of a new series later this fall starting with the Totally Awesome Hulk #1. It’ll be a new ongoing series but instead of Bruce Banner being the one to carry the burden of this incredible power it’ll be someone else whose identity has yet to be revealed. All that is known is that this character will love being the Hulk, and according to Marvel Editor-in-Chief Axel Alonso, will be “unleashed, unapologetic and totally awesome.” Oh, and there’s something about his left arm that’s being kept secret as well. I know this because of the cover that was released. 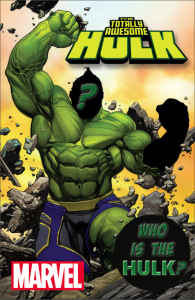 This announcement leads to some interesting questions such as where is Banner, how did this new Hulk acquire his powers, and what will be his capabilities? Last we saw of Hulk was the Doc Green form that was super strong and super smart hunting an A.I. he created. Genius-level intellect and the only problem was that his intellect was deteriorating due to the effects of the Extremis virus used on Banner wearing off. I thoroughly enjoyed the Doc Green story line so I’m looking forward to seeing what’s next for the Hulk…er, the new Hulk. It’s being written by Greg Pak and drawn by Frank Cho so I have no doubt it’ll be a great read. Can’t wait.

Check out Marvel.com tomorrow for the full interview with Greg Pak.