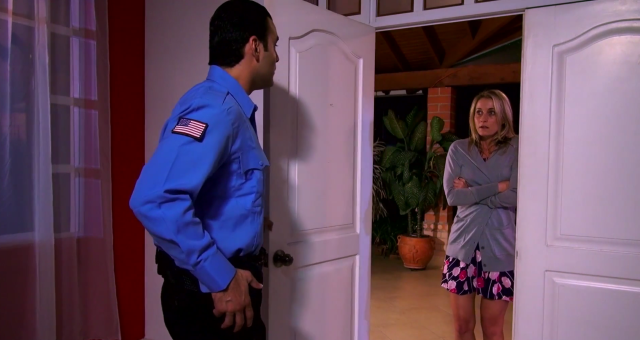 Who wouldn’t want a cushy job guarding an empty mansion for a night and all you have to do is stay awake until the morning when the owner returns? One can expect the wealthy neighborhood to be relatively secure from outside trouble. But what if the real threat was within the mansion and it was all a setup to leave you to be the human sacrifice for the various demons residing there? That’s what the upcoming movie The Night Shift explores and it’s more than a question of pay rate. It’s a question of survival when trying to finish one’s shift.

The Night Shift is an upcoming movie directed and produced by Massimiliano Cerchi, a veteran of the horror film genre. It stars Sadie Katz and Vincent Rivera, who plays the role of the unwitting security guard. It’s set for release in 2017 but below is a new teaser trailer for the film. I know I wouldn’t want to take a security job where the clients are trying to have you murdered but I do know this is one film that looks highly intriguing. Check out the trailer below:

The Night Shift Teaser from SGL Entertainment on Vimeo.