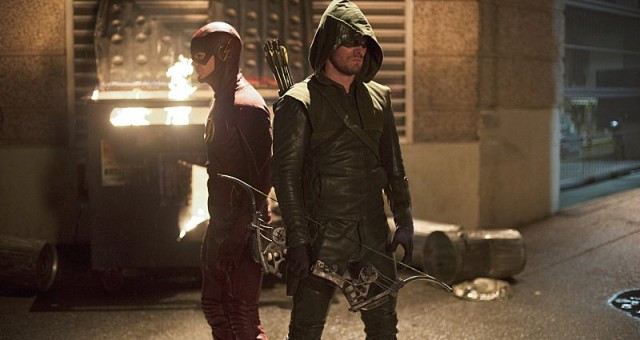 We’re on the cusp of CW’s premier superhero shows the Flash and Arrow returning with new episodes and there are so many questions to be answered. What does the death of Eddie Thawne mean for Flash’s future since it seemingly erased Eobard Thawne from existence? Which new villains will pose the biggest threat for Flash and which new allies will appear? Will Barry and Iris finally become romantically involved or will it be like Oliver and Felicity and be stretched out way too long? And speaking of the latter two, now that Felicity has a taste of flying around as a superhero can she go back to a regular life? What’s ahead for Oliver once he dons the Arrow costume again? Will Arrow even have a story this season?

These are the types of concerns that go through my mind when thinking about the season ahead for these 2 shows. On one hand they can be brilliant but last season, mainly Arrow, raised some major concerns for me going ahead. So here’s my recap of the past seasons of the Flash and Arrow and what I hope to see more of in their current seasons. 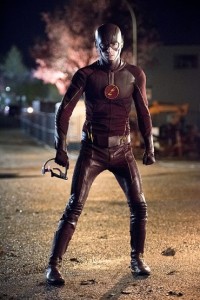 Once in a while a show comes along that you have high hopes for and it actually lives up to those expectations. That’s how I felt about the Flash season 1, which was not without its rough stretches. It presented a superhero who actually loved being one yet made his personal journey engrossing as he faced hardships, loss and tough decisions. And the tone of the show fit the character as Barry was surrounded by his love interest Iris, her father (and his foster-father) Joe West, as well as the team at Star Labs, Cisco, Caitlin, and the enigmatic Dr. Harrison Wells. So underneath Barry’s happy-go-lucky exterior was an intense drive to solve the mystery of his mother’s murder, and just like the identity of Dr. Wells, everything wasn’t simply black and white. These were great mysteries throughout the season, and the show was made even more enjoyable due to the great cast and initial character development.

Grant Gustin nailed the role of Barry Allen capturing the highs and lows of what it takes to be the world’s fastest man. I thoroughly enjoyed Candice Patton as Iris West, although at times her role can be lacking. And enough can’t be said about Jesse Martin, Tom Cavanagh or the rest of the cast. That wasn’t an issue at all. And I know with a long season there will be some filler episodes i.e. the villain du jour because I can overlook that at times. My problem occasionally was the character development later in the season, or lack thereof, and that was due to something I can’t stand: love triangles.

I absolutely hate love triangle story lines and not just because they’re cliché (boring) at this point but because they prevent interesting character development from taking place and shows a lack of ideas on how to handle characters. Case in point, it became a running joke that literally everyone in an episode, including villains, knew Barry was the Flash except Iris. The show was adamant about dragging this out when more could have been explored with her character as a reporter investigating Wells, showing anything about her mother or even a real interaction with her father. 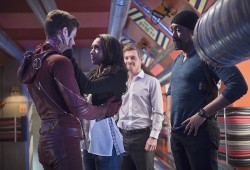 Barry went from being an intelligent hero coming up with remarkable ideas in his line of work to asking S.T.A.R. Labs how to do simple things (um, the answer was probably to run fast). And there was even potential to develop Caitlin and Cisco more with interesting story lines. My point is that with a city full of metahumans there are more intriguing things then a repetitive cycle with a love triangle at the heart of it.

So more exciting super powers, intriguing story lines and substantial character development. I loved the first season overall and I’ve been fiending for new episodes. So many ripe story lines ahead such as time travel and Jay Garrick being introduced. I’m just hoping this season isn’t bogged down like one of the other shows I loved watching….

Sigh. I’m not sure where to begin with Arrow. This was a show that I binged watched on Netflix since my cable provider and CW had a dispute during season 1 and I couldn’t watch when it aired. It was so good that I decided I wouldn’t review the episodes because I just wanted to sit back and enjoy what would be an incredible season 2. I became such a strong advocate for this show that I got a few people hooked to it, and part of me felt proud for recommending such a great show. And then came season 3. In one of the most bizarre turnarounds from one season to the next, Arrow drastically changed for the worse to the point where I was wondering if it wasn’t deliberate sabotage. So to me season 4 can only be an improvement. Hopefully.

I won’t deny Arrow’s impact in raising the popularity of the character and even being a great starting point for the Flash series but I also won’t deny the fact that it struggled A LOT last season as story lines either took inexplicable turns or felt redundant in the worst way. Maybe that was due to the series being unable to continue specific story lines (Suicide Squad) or this was the process of rebooting it but I was really disappointed. It seemed like the focus was more on dragging out relationship drama as if they were all awkward teens learning about sexual tension than about having an actual story that made sense from the beginning of the season to the end. I won’t blame fans or so-called shippers for this development because it’s up to the creative team to convey a story. And it’s also inexcusable that there could be more breakups in a season than the number of arrows shot. At least that’s how it felt. 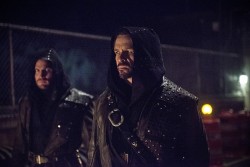 Anyway, what I want to see in season 4 isn’t complicated and would be more reminiscent of season 2 than 3. Hopefully Oliver and Felicity being together already will reduce the over reliance on extremely complicated love triangles as the only form of character development. So I want to see characters develop through progressive story lines or investigations and not circular drama based on which character lied to another that week. And I was disappointed that so much of the season was dedicated to Sara’s “murder” and the Black Canary story line that Ra’s Al Ghul was the forgotten character. Unlike season 2 there was no build up so he came off as the lamest villain ever. So I hope season 4 has an engrossing story line that builds up its villain(s) in a way where the battles are entertaining.

Assuming everyone has completed their growing pains stage, I’m slightly optimistic about season 4. Seems as if the characters are returning to their enjoyable roots, Oliver actually smiles now, and the character lineup of allies and villains is impressive. (Diggle’s helmet not so much) And maybe the moniker Green Arrow being used this season will be the start of better things and a way to disassociate itself from season 3. Either way it’s time to bring on season 4. 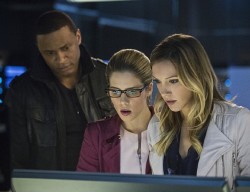