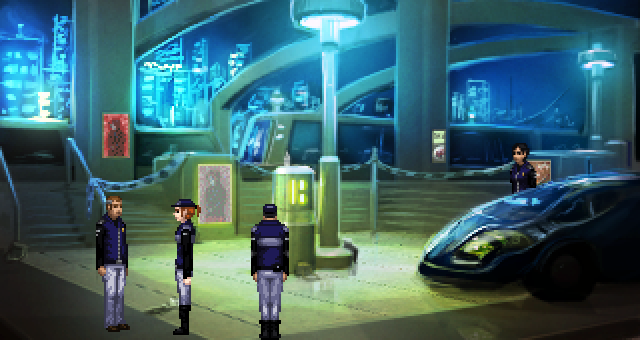 Imagine living in a future where an omnipresent AI controls the city you live, and people spend so much time in something called the Trance that there is barely any human interaction in society. And you’re jobless suffering from anxiety disorder and barely go outside. But your life changes when you somehow become an assassination target, and eventually learn that it’s connected to a fate that has invisibly ruled your entire life. That’s the synopsis of Wadjet Eye Games upcoming adventure game, Technobabylon. It’s a cyberpunk thriller set in this future where genetic engineering is the status quo, and no one’s life is private as the police force keeps track of everyone’s activities. You assume the role of 3 characters: Latha Sesame, a jobless agoraphobe; Charlie Regis, a police agent being blackmailed about his unborn children; and Max Lao, a tech-savvy case officer who has been tasked with apprehending her best friend. They’re brought together by unraveling different threads of an overarching conspiracy that will challenge everything they know about the world they inhabit. Check out a character teaser trailer below:

I usually look forward to the latest game from Wadjet Eye Games but when I saw this synopsis, and then the trailer, I admit I’m looking forward to this game just a little bit more. The cyberpunk setting, the intriguing playable characters, 3 of them, and the original design of 8 episodes gives me high hopes for this. Yes, Technobabylon was originally intended to be 8 episodes by James Dearden, the indie developer, until Wadjet Eye Games stepped in to make it one commercial release. And since there was already feedback on the first few episodes, those improvements have been incorporated into everything from the voice acting to the gameplay. And I’m really interested in using the 3 playable characters with very different backgrounds in this intense plot as they have to go above and beyond their normal duties in order to unravel this conspiracy. This has all the potential of a highly immersive game, and I can’t wait to try it out. In the meanwhile, I’ll just keep looking at the initial screenshots here. 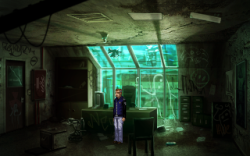 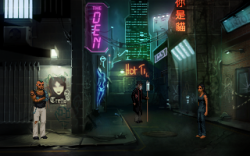 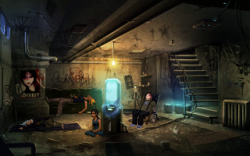