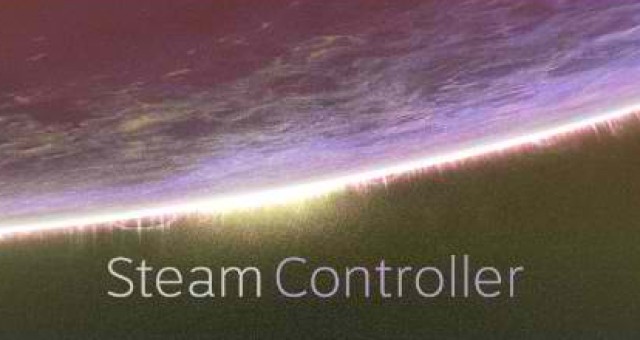 In its last of three announcements last week, Valve unveiled the Steam Controller, the main accessory for its upcoming Steam Machines. Valve is promising that it’s a revolutionary device, and in order to make a stake for the preferred “living room gaming” machine title while leaving PC gamers satisfied, it’ll have to be different from the current game controllers. There are some PC gamers who prefer mouse and keyboard over any controller, and for some games it’s still a necessity. So there’s definitely a challenge for Valve in not only appealing to those PC gamers but making the games that require a keyboard and mouse actually work satisfactory, since all the games you already own on Steam will be playable on a Steam machine. And I can’t imagine playing Civilization V, for example, on a current console game controller. It’s doable as exhibited with Civilization(-lite) Revolution, but it would be very cumbersome and I can imagine menus on top of menus. And as soon as you see the Steam Controller you can tell that Valve has really put a lot into it to address these concerns. 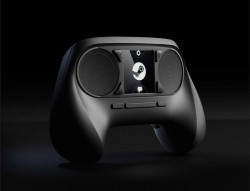 The two sticks, D-pad and 4 face buttons are replaced with two high-resolution trackpads and a touch screen. It looks pretty slick and I like it, but it’s not all about looks as it’s functionally different from current controllers as well. Valve states that these controllers will “allow far higher fidelity input than has previously been possible with traditional handheld controllers,” which will be very appealing to the mouse and keyboard crowd. The trackpads will also allow for strategy games, for example, to be played with ease since the trackpads are also clickable and can double as buttons. That’s not much different from current pads on laptops but this controller will have a form of feedback that is described as “super-precise haptic feedback” and a “higher-bandwidth haptic information channel than exists in any other consumer product.” In other words, the feedback you will feel due to the dual linear resonant actuators, will be more than just a rumble from being hit or such, and will not only provide you with ample sensory information while playing but will allow you to have precise controller based on pressure applied, etc. So expect your thumbs to be more intimate with your controller than every before due to these trackpads. The touch screen will also be high-resolution and will provide support for games in ways that buttons can’t. So endless menus due to limited buttons won’t be an issue and I can imagine how beneficial this touch screen will be for the majority of MMOs, who have multiple abilities bound to the number keys. Since the Steam controller was designed to be completely “hackable,”  Valve is expecting the Steam community to explore new ways to use the inputs on it, and will completely support this through tools that will be made available so it’s truly customizable.

I’m even more intrigued about the new Steam machines after the announcement of the Steam controller, and of course the Steam OS announcement, which preceded both of them. Software titles native to Steam OS still haven’t been announced so the titles available can either increase or decrease my desire for a Steam machine. I do wish I could be one of the almost 300 beta testers so I could review the hardware myself , but until then, the concept is excellent and I hope the actual implementation is representative of that.