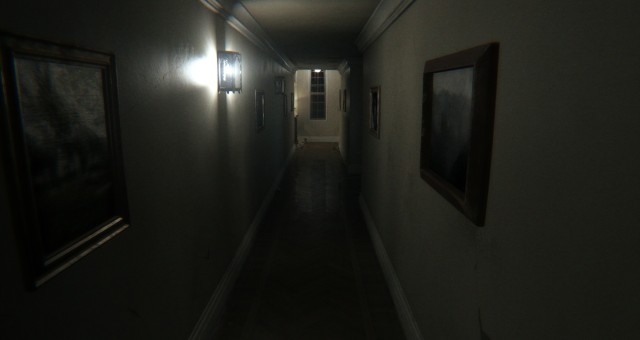 It was recently announced that there would be a new entry into the Silent Hill franchise but it was done in a unique and entertaining way. It was done through the release of a demo announced at Gamescom and listed in the PSN store as P.T. (playable teaser). At the completion of this demo a teaser trailer is revealed showing the name of the new iteration, Silent Hills, and will have both Hideo Kojima and Guillermo Del Toro at its helm. If you’re not familiar with the Silent Hill franchise, it’s a survival horror franchise that’s set in the haunted town of Silent Hill, where the tormented protagonists have to contend with hallucinations, cults, and their own past. Silent Hills seems to retain that general theme but Kojima wants to raise the bar tremendously in terms of the fear aspect. He stated during its official announcement, “One thing that you have to keep in mind is that, if a game is too scary, people just won’t play it. If (a movie) gets too scary you just keep your eyes shut and soon it will be over. But if it’s a game, people will just stop. So that’s why there’s a limit on how scary you can make a game. But in this case we’re totally ignoring that and, you know what? If you don’t want to keep on playing through the game, so be it. We don’t care. That’s the game we are aiming for.”

I played and finished the P.T. demo, and yes it was creepy and initially scary but the puzzles in the context of a teaser were challenging and fun. It takes place in a house where apparently the father went crazy and killed his family, and you have to navigate the same hallways repeatedly but you have to solve the puzzle(s) before the door will open allowing you to go through a new iteration of the hallways. You have no weapons or inventory, and the only action you can take is to zoom in on an object even when you’re looking for pieces to reconstruct a photo hanging on the wall. Each time you pass through the hallways is different as one occasion could have the entire area engulfed in a red light that blurs your vision and reflects your mental state as you move through the area in a daze, while another occasion could have different sounds you have to pay attention to in order understand what to do next. I won’t give an actual walkthrough of the demo but if you’re able to download it and play it I would recommend doing so. I was stuck on the last puzzle and I know that now there are walkthroughs that have figured out the way to initiate a crucial baby laugh every time but I actually got it by waiting and doing nothing for about 10 minutes. I actually like the idea of an unlockable teaser trailer, and I don’t know if that would work for other genres but it was definitely enjoyable this time around. It’s currently being developed so there’s no set release date but check out the teaser trailer below. I’m sure you’ll recognize the face in it.