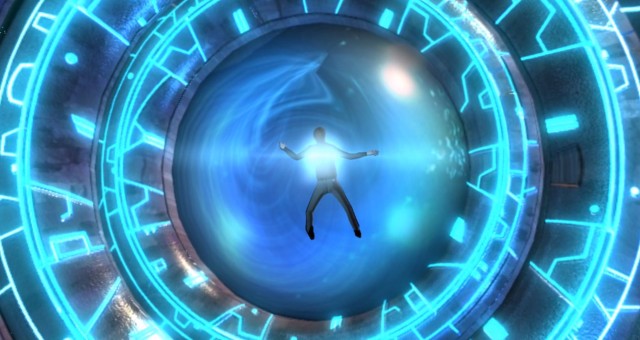 Moebius: Empire Rising is an adventure game developed by Pinkerton Road and Phoenix Online studios featuring Malachi Rector, an antique dealer who has an unusual ability, which makes him very valuable but also a threat to those intent on profiting off of forgeries. Such was the case with his last job where the seller took offense and it resulted in Malachi being beaten so badly he was in the hospital for weeks in Spain. But despite being required to take pills for a while after being discharged and the objections of his assistant Gretchen, Malachi is ready to get back to work after arriving back in New York. And he doesn’t want to consider looking into security as suggested and instead arms himself. But when he’s contacted by Amble Dexter, the head of a secretive government agency, FITA, he’s told about a new case that will be worth his while and compensate him well. This agency wants him to investigate a woman who was murdered in Italy but not her actual murder or the circumstances surrounding it. They want him to use his considerable abilities, which they seem to understand slightly more than he does, to determine whether this woman bears a connection to a historical figure but can’t tell him why. With so much secrecy surrounding this murder and Malachi’s tendency to get in trouble due to his bluntness, will this job prove to be fatal for him?

I’ve been looking forward to this game for a long time because of its interesting premise and the fact it’s a Jane Jensen game so I couldn’t wait to get my hands on it. And right off the bat I became very intrigued with the storyline due to the immediate impact of Malachi’s character, his interaction with Gretchen and his narration when viewing or interacting with objects. I would’ve never guessed that the life of an antique dealer could be so dangerous yet the tone set early on was fascinating when combined with the mysterious nature of this government agency contacting him. And even the little touches such as Malachi automatically popping a pain pill at intervals added to the realism and was a constant reminder of the danger faced. I was also surprised at how beautiful the graphics were and how even in the first two rooms this stood out tremendously with some items being photo-realistic.  Yet at times it felt like I was looking at a beautiful woman with an amazing voice but was also missing all her teeth. Beautiful to look at and enjoyable to listen to but awkward when watching her talk. The voice acting was really good but the body movements especially the facial movements didn’t come close to what was being said at times and was distracting on a few occasions. It didn’t take long to get used to this but I would have liked if this was not an issue at all.

This was also the case at times when controlling Malachi and interacting with objects as the response time could be very slow, and I’m not sure if it was just an issue I faced but I did change the settings and had the same result. And the controls weren’t complicated with it having the usual point and click mechanics to either move Malachi or interact with objects by clicking on them, which would bring up a contextual menu for that object. Despite these technical issues the game itself was extremely engrossing with some unique gameplay mechanics, and a superb job was done weaving the story line and puzzles together while creating a world that could be appreciated on so many levels. I honestly thought at one point, “wow I should’ve become an antiques dealer but I digress.” Not to give away the story but it deals with the Moebius Theory, which is basically the belief that what has happened before will happen again. And Malachi is tapped to investigate this for ultimately a very solid reason, and the character development is just as solid as we learn more about Malachi and his role in all of this. He doesn’t do this alone as he comes across David, who was once in the U.S. Special Forces, and he serves as Malachi’s bodyguard and a playable character on occasion.

The most interesting game play mechanics use Malachi’s unusual analytical skills combined with his vast knowledge of historical figures and objects to analyze historical objects and people. So you do play the role of an antique appraiser as you have to analyze data points on an object and match them up with the correct choice. And you don’t have to be a history buff to enjoy determining whether an object is real or fake with these mechanics especially with the way Malachi delivers the news to clients. However you analyze people in two different ways based on whether the person is the subject of your investigation at that point in the game or if it’s an NPC you have to interact with in order to advance the story. The latter is done through selecting the analyze (brain) icon and then having to choose the correct multiple choice answers for specific data points on that person. Some of the false answers are hilarious but the correct answers are very logical and can be crucial to a line of questioning. It seemed possible to advance on a couple of occasions without doing this but it definitely helped. The former is done through collecting information about that person and comparing the information to select individuals in history and narrowing down the choices until you determine who the person matches in history or if there’s no match. This is done through the files you keep on those individuals and you can eliminate choices prior to collecting all the data points on that individual by questioning others, examining their personal effects or questioning them directly but you can’t make a final judgement, or advance the story, until you do.

If history was this much fun in school everyone would major in it because this was actually made for exciting and informative puzzles. And I also enjoyed the fact that this game didn’t have an oddball puzzle just for the sake of having a puzzle, and whether it was analyzing people or literally breaking codes it always fit into the storyline and the objective that had to be achieved. Malachi and David face plenty of danger so antiques and historical figures weren’t the most dangerous problems in this game, and this kept the suspense high as it became a matter of who could be trusted. And the story did take a metaphysical turn as well and I would like to see that explored more in future installments. The premise behind the Moebius Theory was fascinating and kept me entertained throughout the 7 chapters, and even though the revelations were satisfying I felt a portion of the end felt monotonous and it wasn’t due to the story line or the game play mechanics mentioned but abandoning them for a brief period of time. Seeing how the characters accepted this or a gameplay mechanic that consisted of interacting with them to get them to accept this would have been appreciated. But now that I have a taste of this world I’m definitely looking forward to more adventures in it.

Moebius: Empire Rising is an engrossing adventure game that does an excellent job in pulling the player into its world of mystery,  metaphysical elements and intriguing characters and leaving them with a complete sense of satisfaction. The technical issues were enough to be distracting at times but didn’t destroy the overall enjoyment. Malachi might not be a historical match to Gabriel Knight (maybe Sherlock) but Jane Jensen shows why she’s a master in creating interesting characters because he’s a very memorable protagonist with potential for even more great character development down the line as well as his supporting cast. I highly recommend Moebius: Empire Rising and while you’re engrossed in the game I’ll be doing research on how to become an antiques appraiser.