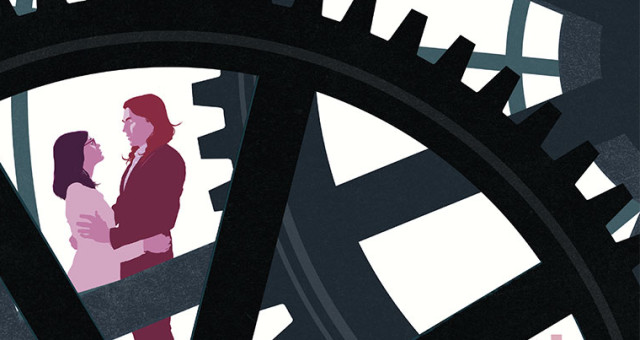 Ivar Timewalker #11 continues with Ivar and Neela existing in a safe space while watching all the alternate realities being destroyed as a result of the Prometheans weapon. It opens up with the two of them seeing alternate versions of themselves together ranging from them having kids to them being mermaids, and seeing all of it being wiped out. They’re safe since Neela was able to create force bubbles and trap them in one so none of the destruction affects them. Neela is distraught as she watches trillions of beings being systematically wiped out by the undefined generator. Ivar calls out to the Seven Sages, who he believes exist and can hear him, and states that he’s willing to face the punishment from taking their Boon if they rescue him and Neela from this state. Not knowing how much time they have left together they make love in this moment. However, the overall situation still exists, and Neela claims to have a way to stop it. But what can Neela possibly do at this time? And what can Ivar do to help? 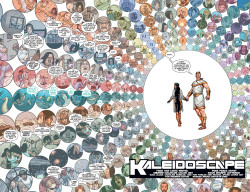 This series has been many things but predictable isn’t one of them. And I don’t mean in a way that leaves you confused about what’s going on to the point you no longer care. I mean in an entertaining way that makes you want to be immersed in its story and rack your brain trying to figure out what’s going to happen next because of the possibilities. This issue captured that essence well within the first few pages by showing the various alternate realities in a beautiful splash page. And with the way this issue brought everything together and its tone, this issue is arguably the best one in the series so far.

The start of this issue was enjoyable due to the way it portrayed the unfolding events and somehow made the destruction of so many dimensions meaningful despite never visiting them. But it was also due to the character development. So it felt like an organic development when Ivar and Neela made love considering how much they’ve been through together. And it clarified an earlier issue when future Ivar told Neela he loved her. This series has been consistently entertaining with its use of time travel and this was just another example of that.

And it was very rewarding to understand better than ever Ivar’s words to Neela telling her she wasn’t a monster after everything that was being witnessed. There was a huge disconnect between the version of her who was responsible for this weapon and the actual Neela with Ivar. And everything shared and expressed this issue was profound and shocking. It did however fit with everything that happened so far in this series and shed light on so many lingering questions from the start. I’m being vague because I don’t want to give anything away. 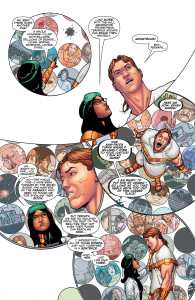 The introduction of the Seven Sages didn’t feel gimmicky and actually made the mythology feel deeper. There wouldn’t be much of a story if absolutely nothing existed after the null generator was activated. And it was good to see Ank being included in a plan because I really liked the character. So even in a null universe there was still so much potential. It’s one thing to show that being a time traveler can take you to many unexpected places. It’s another to make that journey entertaining, touching and rewarding to those who’ve been following it from the beginning. And that was the greatest accomplishment of this issue.

Ivar Timewalker #11 is a touching and profound issue that ties together all the major story elements and shows each is a thread in a wonderful tapestry. You’ll feel love, sadness, loss but also a purpose, determination and friendship. The way the alternate universes are laid out in conjunction with Neela and Ivar’s character cevelopment is a joy to read. The addition of the Seven Sages does more to make the story more engrossing than it does to take away from what has already been established.  This is the best issue in the series and it’s everything I hoped this series would be from the beginning.