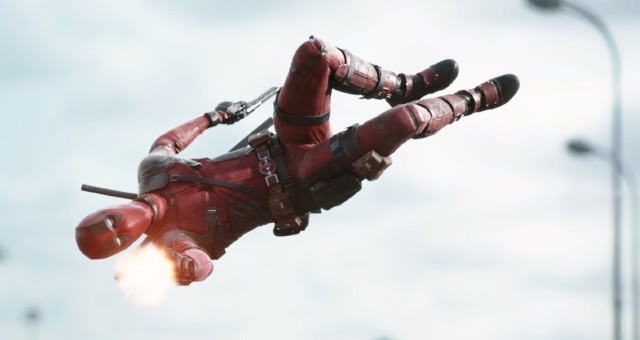 I was really looking forward to seeing Deadpool for many reasons, and one was because I felt the unique nature of the character could result in an exceptional origin story. Yes, the R-rating would make it different from the current slate of popular superhero movies but there have been many R-rated superhero movies in the past and many of them have been trash. Yet I thought this rating would be perfect for Deadpool in order to capture the various elements of what made him unique. And I was one who felt Ryan Reynolds played an excellent Deadpool in the Wolverine: Origins movie despite the disappointment of how the movie handled the character. If you’ve seen Wolverine: Origins then you’ll be happy to know this movie isn’t connected to that. You’ll be even happier to know that this movie absolutely nails Deadpool and is different from the standard origin story. As a result it’s easily one of the best superhero movies ever made, and arguably the best.

The movie starting off with Deadpool in a taxi recapping his life story to the driver was a great touch. Instead of it starting out with the usual origin format, the beginning started with Deadpool in full costume with various flashbacks along the way. This allowed Deadpool’s story to be told and allowed him to communicate with the audience in his signature breaking the fourth wall manner. The banter with the driver was entertaining but the relationship he would eventually have with this driver by the end of this movie was even more entertaining and rewarding to the audience. And that’s because this movie surprisingly had a lot of character development in the midst of all its jokes and action. 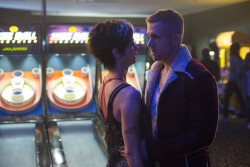 The story goes that Wade Wilson aka Deadpool was a former Special Forces operative making a living as a mercenary. But he wasn’t one to take any old job without a conscious as he still tried to do the right thing despite hating the term hero. He usually spent his time at his friend Weasel’s bar, which happened to be the main hangout bar for dozens of mercenaries (who keep a pool of which one they believe will be killed next on the job). This was where Wade met Vanessa, a woman who was perfect for him and the two hit it off. Life was going great for Wade, which he tells the taxi driver this, but somehow he lost all of this including his looks. He blames a man named Ajax, who is also the one he’s currently targeting and heading to meet in the taxi. After months and months of following leads and acting as a vigilante, Deadpool has finally found him and wants to exact revenge.

At one point Deadpool asks what kind of movie is this, and I’m sure many others unfamiliar with the character asked the same thing. The answers were wonderful, and everything wasn’t in flashback format, thankfully. The way the story unfolded and the acting made it easy to become invested in the characters and all the events occurring. This movie was part love story wrapped up in everything that makes Deadpool who he is. The unorthodox love story with Vanessa was touching and made you care about the characters but she was also a former prostitute with a humor almost as twisted as his. So when Wade received the news that his health was deteriorating it was impactful or just in general understanding why this meant so much to him.

The supporting characters were great, and as indicated in the opening credits, they did fit generic roles. However, their scenes and lines were anything but generic whether it was his friend Weasel, Blind Al, his blind housemate, or Angel Dust, Ajax’s partner-in-crime. They all fit together brilliantly in the different scenarios and jokes. Plus the humor was definitely crude and it worked because it was funnier than just shock humor. Another bonus was the appearance of 2 X-Men, Colossus and Negasonic Teenage Warhead, who play crucial roles at different points. And of course Deadpool had to bring up the movie’s budget and question why only 2 X-Men were available. There was so much to laugh at during this movie that it takes more than one viewing to pick up on everything.

Last but definitely not least, the action was just amazing. It would be weird to say that there was gratuitous violence at times since it’s a Deadpool movie because that’s part of the character’s humor. So yeah, there was plenty of that, and with Angel Dust, Colossus and Negasonic Teenage Warhead in the mix while Deadpool hunted Ajax it was even more intense. If there were one thing this movie took seriously it was the action. Sure there were humorous sequences that contained plenty of action but it wasn’t silly in the sense that it lost its R-rated context. Sure there were jokes about Deadpool’s unique healing ability but again, that’s Deadpool. There’s plenty of earth shattering fights, hand-to-hand combat and gun play to satisfy the thirst for action. Now I just need to know when the sequel will be.

Deadpool is an outstanding movie that captures everything about the character perfectly with its surprisingly strong character development, crude humor and electrifying action. I won’t proclaim that Deadpool will change superhero movies forever for the better because in that same vein there could be some terrible knockoffs. I will state that this movie is a perfect example of how all of them don’t fit in the same category and that Deadpool is one of the finest. And whether you’re familiar with the character or unfamiliar with him I highly recommend this movie.