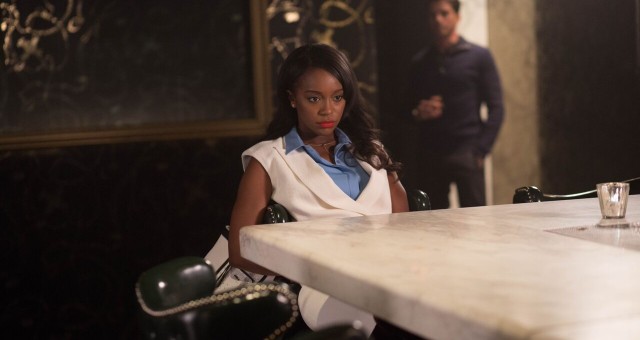 We all have great memories from moments we wish we could relive and enjoy them as if they were happening for the very first time. Imagine if you could do this practically whenever you wanted. But what if those memories were tainted and changed without your knowledge, and the truth in the real memories was dangerous and could put your life in jeopardy? That would be a frightening situation, and that’s what Reversion, the upcoming film by Jose Nestor Marquez, will explore in a thrilling fashion.

Reversion focuses on Sophie Cle, who is the daughter of Jack Cle, the inventor of Oubli, the high-tech jewelry that allows the user to experience their most joyful memories over and over again. She’s also the head of marketing for the company that sells these devices so being the daughter of a billionaire and having a great career it would seem as if she has everything in life and could always create new joyful memories. However, her mother died 15 years ago so the memories with her are the ones Sophie wants to relive. But on the eve of Oubli’s big launch, Sophie is kidnapped by a stranger named Isa, and the aftermath triggers Sophie’s repressed memories and she realizes she can’t remember the last time she saw her mother. Will she discover the truth about her mother’s death or will it come crashing down around her taking the tech company with it? 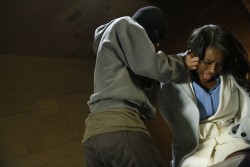 After watching the trailer I definitely have to see this movie because it looks intriguing and intense. And in a thriller like this the acting can make the biggest difference. And since this stars Aja Naomi King from How to Get Away With Murder, Colm Feore, Gary Dourdan and Jeanette Samano so there are no worries about that department. Reversion is opening on October 9, 2015 at Empire 25 in New York, Universal Citywalk in Los Angeles and a wider national release later. Check out the trailer below: