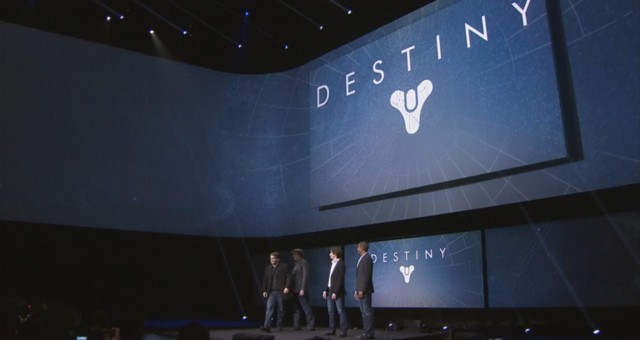 Sony held its long awaited press conference for its next-gen console, the Playstation 4,  and laid down the gauntlet in the upcoming console wars. And even though the moment everyone was waiting for was the unveiling of the new console itself, it was never shown during the two hour event. However Sony didn’t hold back in displaying the capabilities and the impressive launch lineup so overall it was a success. Since the press conference additional information has been released because everything wasn’t answered. So if you weren’t able to watch the press conference or keep up with the information released afterward I got you covered.
First here are the official specs of the PS4 and its very similar to a PC configuration:

And of course HDMI output, wireless connectivity and other standard components.
The PS4 will be the first console to use x86 architecture. Generally consoles have avoided that architecture due to cost and other reasons so this is big news. The hardware is indeed impressive compared to current-gen consoles and even the Wii U but this should also translate very well for game developers as it should be much easier to create games for it and utilize the hardware to its fullest.
Sony did show what the new controller will look like, the DualShock 4, and revealed the PS4 Eye, a camera that will be used for video, photos and motion control.

The controller is very similar to the PS3’s controller with the addition of a touchpad being in place of the start button. The touchpad is a nice feature and can register two points of contact at a time. An ‘options’ button and a ‘share’ button have been added with the ‘options’ button primarily serving the function of the start and select buttons. The ‘share’ button is the social button. However it does more than just share information and videos on social media platforms. It allows you to live-stream through Ustream and allow player look-ins. So you can watch your friends play a game or they can watch you and communicate while doing so. Sony also revealed that you can allow a friend to take over a game remotely that you’re playing and play parts of it for you.

Sony has also taken steps to improve the PS4 networking capabilities and since I’ve felt Xbox Live has had an advantage I will be paying more attention to this down the line. The secondary CPU will perform background functions, so for example, you could start downloading a game and be able to start playing it before the download is even finished due to OnLive. It’ll also have built in support for third party applications so you’ll be able to use your tablet or phone to access features of the PS4 and the network. The PS Store will also be personalized ala Netflix so it’ll learn what you enjoy playing and aid you in finding similar games you might enjoy. So the PSN will be customized based on what you share and and what you play as well.

The PS Vita made an appearance at the press conference to show off the streaming capabilities of the PS4.  You could be playing a game on the console and switch right to the Vita without losing your exact spot in the game. Sony wants all PS4 games to be able to play on the Vita also. This is interesting to me not because I plan on buying a Vita based on that alone but it’s another step forward in streaming games to a secondary device (such as the announcement for the Project Shield by Nvidia.) Despite all of this being impressive you’ll have to use your imagination about how the actual console looks. And a price still hasn’t been announced and based on the reaction to the initial pricing for the PS3 it appears Sony will be flexible with the initial price based on competition. Microsoft still hasn’t had its press conference for its next-gen console yet.

So the star, or rather, stars of the show were the video games. To me it’s great news that the PS4 won’t block used games. And Sony has announced that the price range for games will be $0.99 to $60. And here are the games that were shown at the press conference:

The one I’m most excited about is Watch Dogs. I’ve been waiting for this game since it was first announced and so the new scenes that were shown at the press conference blew me away. Blizzard also made an appearance and so Diablo 3 will be available for the PS4 too. Another game I’m very interested in that was announced after the press conference was The Witcher 3: Wild Hunt. The Witcher series is one of my favorites series so it’s already a must buy for me.

Overall I was impressed with all the information that has been released by Sony regarding the PS4. I’m looking forward to seeing what Microsoft brings to the table now but from the looks of things so far gaming on next-gen consoles should be even more enjoyable on launch day then they have been in the past.