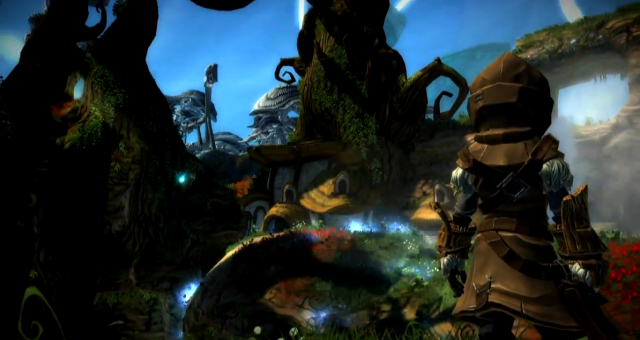 Project Spark is another surprise (free) Xbox exclusive and is a fantasy themed video game making..uh, game, and is being developed by Team Dakota. The name itself explains the idea behind the game and it’s to spark the imagination or allow someone to take advantage of a spark of creativity and design their own game. There are numerous tools that are available in the game to make it easy as well as detailed options for more in-depth game creation. So it’s meant to be designed in a way where the only thing that limits you is your imagination. You can manipulate everything in the game from landscapes to character types to character behavior. It’s very cool when you examine it beyond the simple intro trailer.

You can start off with a completely clean canvas or a pre-designed map that can be manipulated. If you start off with a clean map you can manipulate the topography using geometric shapes as a guide. And the size of the shapes can be adjusted easily because you can increase or decrease the scale with a button on the fly. And it’s just as easy to apply different textures to the topography so it’s just as simple to create a world that contains mountains with high icy peaks or one with grassy knolls and hanging vines.

And before it’s compared to Minecraft there are notable differences. Obviously there is no mining but since this is a game to help the player create a game you can create different behaviors for characters or objects. So if you want your main protagonist to have a companion you can set the behavior of the companion relative to the protagonist. And it’s quite simple how it’s done and I can imagine hours being put into character design while having fun.  There are preset character types to help you out as well so you don’t have to worry about programming or going through various menu options to find the right combination. You can create events such as battles or any number of behavior related activities. And of course a huge part of this game is the ability to share worlds that you create whether it’s with friends or being available online for others to use. And since the new kinect is a requirement for the Xbox One you’ll be able to use that in addition to the smart glass app as controllers to help you build your game.

I don’t think this game will become a replacement for the various places gamers have to express their displeasure with an aspect of a game but for the creative types or for those looking for a change of pace this can definitely serve as an outlet for those who want to be hands on in creating games they would enjoy or want to experience that process to some extent. It’s not hyperbole for me to say that if this game is everything the developers are striving for it to be then the potential in it is just limited to the imaginations of users in the community. I’m excited for Project Spark and not just because of what I’ll do with it but because I know the community created content will be amazing.