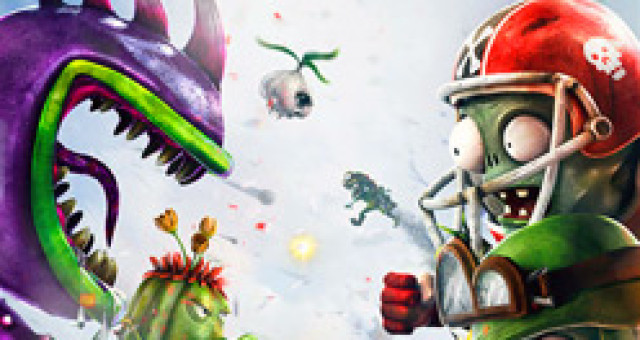 The Plants vs. Zombies tower defense gaming concept has been out there for quite a while. When PopCap first designed it, the game was a browser arcade title accessible on computers, though it was eventually adapted into app form. Now Plants vs. Zombies is thought of as a popular app game and one of the more inventive tower defense concepts out there. Instead of building up guard towers along a predetermined track, the game invites players to plot house plants with various weaponry and capabilities on a grid, where they shoot down approaching zombies to protect the suburban home at the end of the yard.

Plants vs. Zombies 2 was also released as an app game, and it was actually panned by a lot of critics as a shameful display of freemium game design. PocketTactics.com’s review of the game didn’t pull any punches, claiming that EA (who took over design of the franchise) was “trying to make you hate the world’s most likable game.” But really, despite some aggravating freemium tactics, PvZ 2 is a bigger and better version of the original game with more levels, more zombies, and more plants. It’s just that some of that new content was easier to access if you paid small fees.

Another version of the game was also introduced to online casino platforms. Betfair’s Arcade section has a demo of the game that adapts it to a traditional slot machine. The resulting game uses the images of popular plants and zombies as pictures you can land on with the slot wheel. This version of PvZ is called Plants vs. Zombies: Wild Gargantuar, and while it didn’t really progress the series, it did signify the ongoing evolution of the brand across different platforms: from online arcade, to app, to casino game. And that’s an evolution that then continued in 2014 through the release of the first full-on console game in the series.

Plants vs. Zombies: Garden Warfare is a third-person shooter built around the same characters and concepts of the PvZ series up to that point. It was released for Xbox and Playstation devices, as well as Microsoft Windows, and functions as a competitive multiplayer experience that contained elements of tower defense advancement. Players can control both plants and zombies in collaborative multiplayer or co-op modes. And by completing challenges, players can improve the characters they enacted and gain new attack methods. Reception for the game was generally pretty strong, even though it was viewed ultimately as a pretty significant departure from PvZ roots, at least from a gameplay perspective.

And now, Garden Warfare is getting a sequel. Since the second version’s teaser appeared at E3, various outlets have reported its expected arrival by spring of next year. GamesRadar has some details on what we’ll see the second time around. According to their report, Garden Warfare 2 , as opposed to a defensive force. The game will also now allow for up to 24 multiplayers at once, which should make for a pretty big shooter experience. The game isn’t likely to generate the same kind of attention that a more typical shooter gets, and it may not even make headlines to match major app releases. But it will be the latest, and could be the greatest, of what has become a really impressive series.