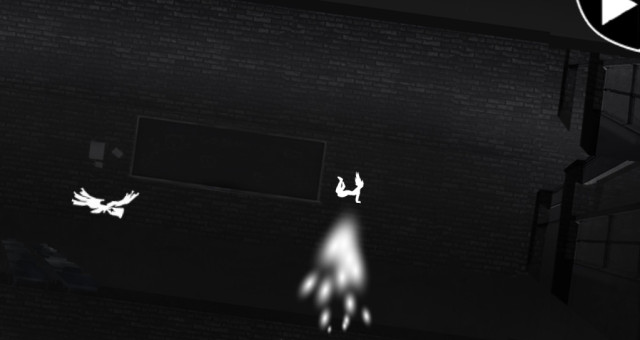 Past Memories is a running platformer developed by Give me Five and is their first IP after having created 2 hit games, “Dilma Adventure” and “Jogo Justo on the Taxes Island.” It focuses on the story of a woman stuck in the distorted nightmares of her oppressive past and in order for her to survive she has to outrun them. And it’s not so simple to do as the silhouettes pursuing her take on various forms and are determined to ensnare her for reasons to be revealed, as Past Memories will focus on the story line as much as the dark atmosphere captured perfectly with its visuals. However our protagonist isn’t completely helpless as there are items she can pick up (mental self-help?) and utilize to gain an advantage as well as using the very nature of the world she’s trapped in, the changing light and dark dimensions, to hold back these grotesque creations in her nightmares.

The visual style of Past Memories is reminiscent of the critically acclaimed Indie game, Limbo, as well as other dark side-scrolling games but this game is very different. Yes, the story line and atmosphere will be the focus but that won’t mean the game play will be lacking. Since it’s a running platformer you don’t control the forward movement of the character and you’ll only be responsible for jumping, acquiring items throughout and changing dimensions. The way items will work was clarified for me by Roberto Guedes, the General and Creative Director of Give me Five.

The items you pick up can be used at your discretion, such as a jetpack, and there will be an icon displayed at the bottom of the screen indicating which item you have. You’ll only be able to have one item at a time so if you pick up another item before using the one in your possession it will be replaced.

Changing dimensions is a game play mechanic that has me really excited because when a game incorporates duality into its game play effectively it can lead to some great moments. And as demonstrated in the trailer there will be plenty of these moments. The two dimensions in the game are the “light” and “dark” dimensions and the obstacles and enemies in your way change depending on the dimension you’re currently in. The game is initially set in the dark dimension and when you jump on a flame there is a burst of light and before it finishes dancing across your screen you’ve made the transition to the light dimension. But don’t let the name fool you into thinking there are no hazards in the light dimension. Where as a ghost could pursue you in the dark dimension, a living creature such as a vulture could pursue you in the light dimension. You’ll have to use the different qualities of objects based on the dimension you’re currently in to your advantage. A clock in the dark dimension shoots gears at you but in the light dimension that same clock will actually slow you down, which could be even more hazardous depending on the enemies pursuing you. So you’ll have to understand the duality of the enemies in this game as well as the objects you can come across. This will undoubtedly keep the game play fresh in a unique way and keep you on your toes as you seek to outrun these nightmares and solve the mystery behind these dimensions and the predicament our protagonist finds herself in. And if this wasn’t enough to contend with there will be boss battles as well. So there’s plenty here to distinguish Past Memories from any game with a dark visual style.

The question presented in the teaser trailer is indicative of the tone of the game and the severity of the nightmares pursuing the protagonist. I asked Roberto Guedes about this idea of a game where the protagonist is forced to outrun her past and he explained that the idea was formulated based on the concept of Felipe Vieira, the Art Director, for a game using silhouettes. He said he ended up closing himself in a room and “started to write with a pen and notebook without stopping for an hour. If I didn’t know what to write, I’d just repeat the last word” and “changed the whole thing and created Past Memories.”  He told me none of this would have been possible without the Art Director having that idea. So despite its dark tone it wasn’t born from haunted visions, correcting my inexplicable assumption that it was, and instead it was the result of the teamwork exemplifying Give me Five and that’s actually much better than my assumption. It combines their love for games with their desire to have fun using humor and creativity. As explained in the press release “Past Memories is the first intellectual property game from Give me Five and we wanted to do something that meant that realization.” Even though Roberto didn’t write this in a dark room haunted by visions, you just might have them after being consumed by the nightmarish world of Past Memories.

Enjoy the teaser trailer below and the ominous message that sometimes…The only way to fight is to run.

Past Memories will be available in the App Store and Google Play for only $0.99. For more information about Give me Five check out their website.