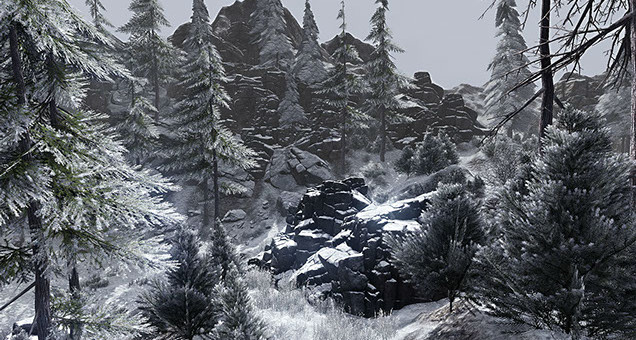 I’ve mentioned my love for strategy games, such as Civilization, and the  Elder Scrolls series, an addictive RPG, many times, so when I first heard about Northern Shadow, a video game combining the best of both of them, I was both skeptical and immeasurably excited. For me it would definitely qualify as video game playing multitasking, and I wouldn’t have to decide between the two as much. So I looked into Northern Shadow and it’s indeed trying to fulfill that ambitious endeavor. It’s developed by Arda Gunes and is currently on Steam Greenlight, and the Indie developer has sparked a ton of interest in its game. It’s set in a world where the Northern Kingdom has suffered a defeat at the hands of an unknown enemy, and you’re tasked with rebuilding the kingdom and defeating this enemy.  You control only one character in first-person perspective and you can explore anything you want in the sandbox world. Of course you’ll have weapons and spells to use for the fight against your enemies but the developer promises you’ll be able to craft your own weapons and play according to your style. There will be a main story filled with quests you’ll have to complete so you will have the full RPG experience.

The transition to the strategy elements in the game occurs when you interact with different people or objects in your kingdom. So you can interact with your troops to increase training, make arrangements for the defense of your kingdom and other various tasks. You can interact with your workers or officials to order construction, forge alliances with other kingdoms, strengthen your economy and wage war. Northern Shadow will also have a “living economy” that is affected by your actions so you might want to be mindful of that when making your decisions, or when the steward of your city is managing it will you’re off on one of your quests. We already know how Denethor cracked when given that task.

Check out the trailer below, and although it doesn’t show much, this ambitious concept can truly make waves. So this is one game I will be checking out.