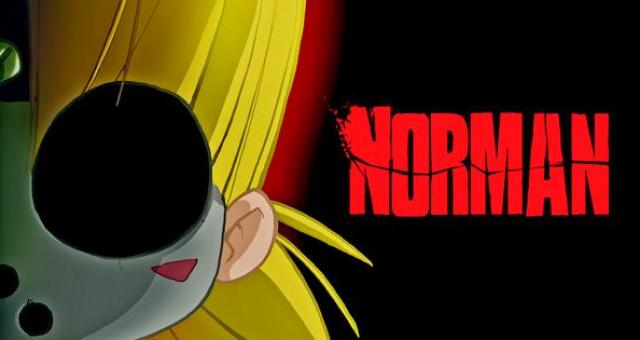 There are some things that come across your attention that are so bizarre you have to pause for a moment and spend a little more time in order to digest it properly. NORMAN, a comic book being published by Titan Comics featuring an 8-year-old psychopathic killer, and written by Stan Silas. It’s a dark comedy/horror series where Norman living with his zombie uncle is “inspired” by his favorite horror villains to go on his own murderous spree in order to become one of the great horror icons. His plan is to recreate scenes from Michael Myers, Freddy Krueger and Jason’s greatest moments. After reading the 4 preview pages of the upcoming 64 page hardcover I have to say I’m actually intrigued about it. It’s not the gore but the potential humor, the interesting story involving the date and entertaining characters.  The artwork is also by Stan Silas and adds to the tone of the story perfectly. The preview pages below aren’t in sequential order but instead give a taste of the various aspects in the volume. And there’s a teaser trailer right after to pique your interest. Check them out. 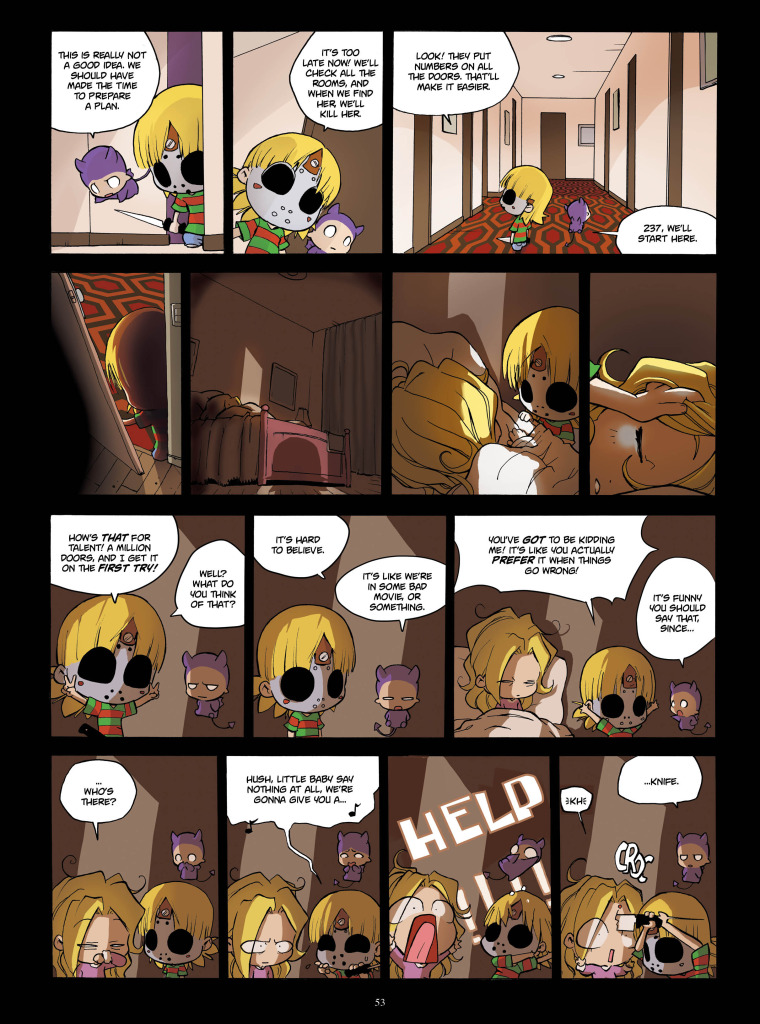 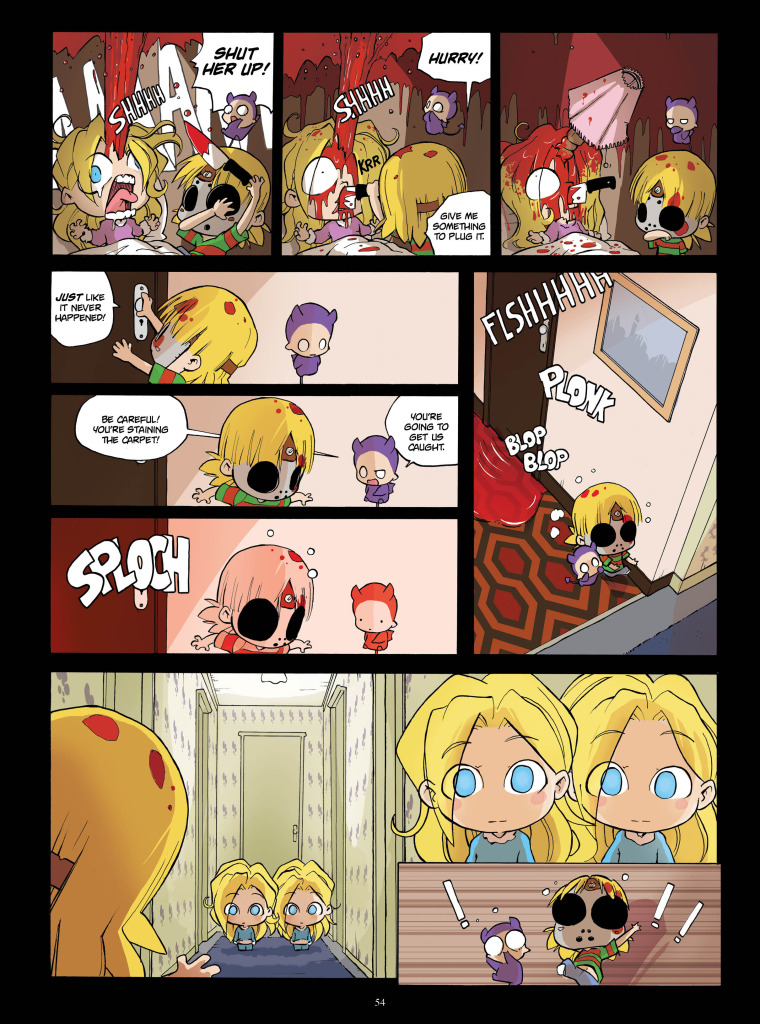 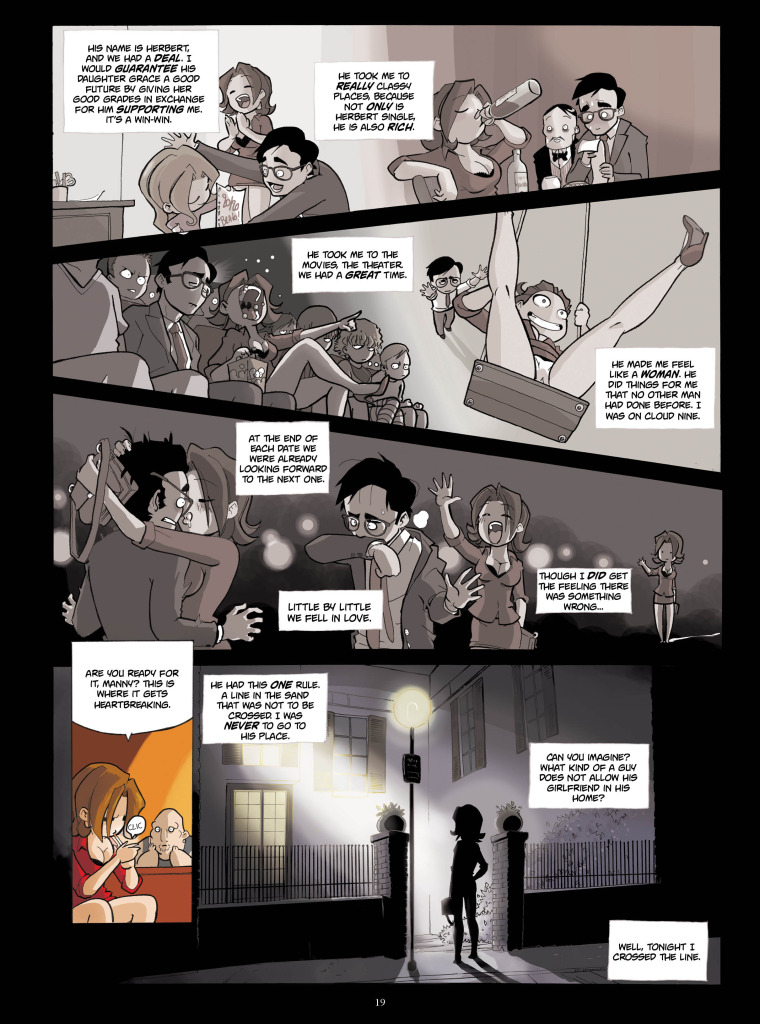 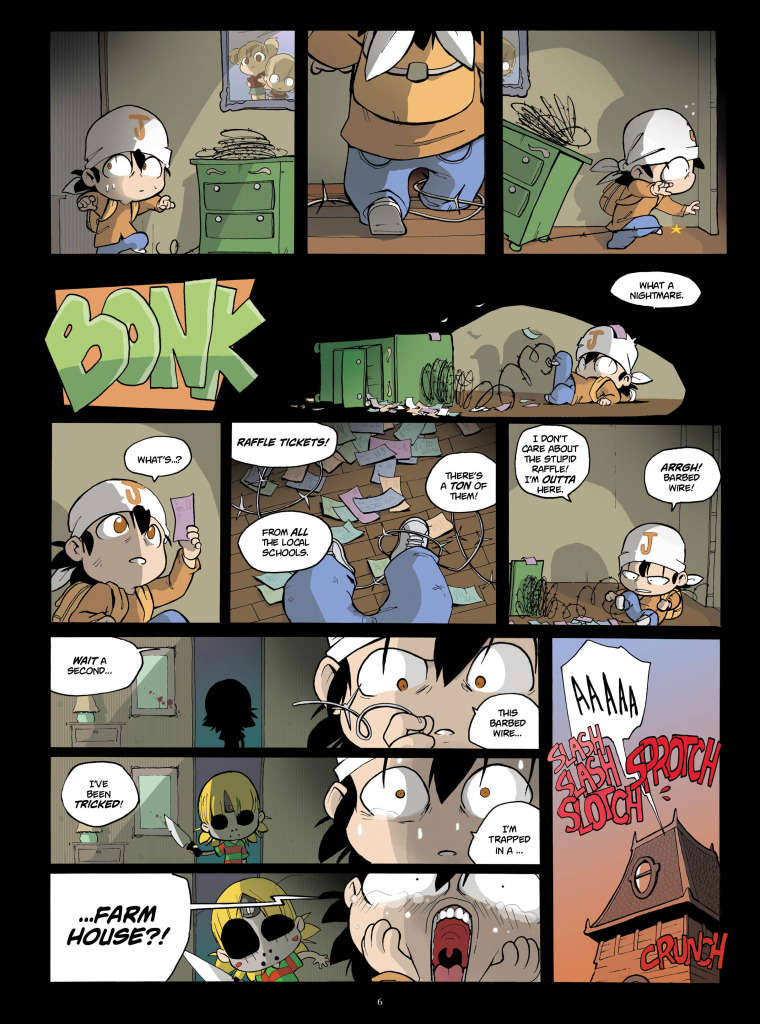