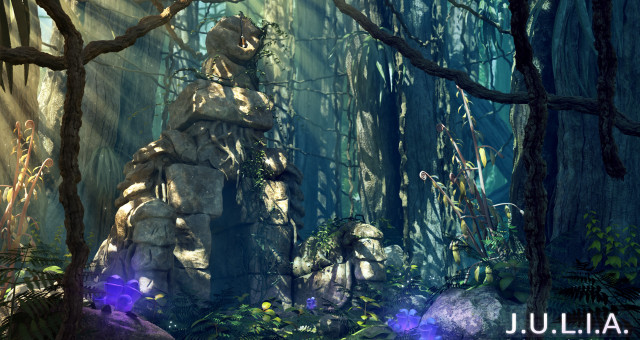 The J.U.L.I.A. Enhanced Edition was recently announced after a successful crowdfunding campaign to update the original 2012 sci-fi adventure game. If you’re unfamiliar with it, J.U.L.I.A. is about a group of scientists in 2430 who were sent on a space expedition in search of extraterrestrial life. However, something went wrong as one scientist, Rachel Manners, awakes from her cryogenic sleep and discovers she’s the only human who survived from her team and the ship they were travelling on is heavily damaged and in orbit around an unknown planet. She’s not completely alone though as she has by her side Mobot, a recon robot, and J.U.L.I.A., the spaceship’s capricious AI. So you travel the solar system with your two companions to uncover the mysteries of it as well as the series of events that lead to the current situation and the near failure of the mission.

The game play itself is described as “an interfaced based adventure game.” Basically what that means is your interaction with the environment consists of interacting through an interface, whether it’s a probe, a camera or the reconnaissance robot, for example. So you’ll be using alot of gadgets, as expected in a sci-fi adventure game, to analyze a variety of items from biological and chemical to information on the spaceship such as communication between crew members.

The enhanced edition will have updated graphics and support full HD modes. But it won’t just look better than the original version because there are some changes to the actual game play. Planetary exploration has been updated and you will be able to see more detail regarding the environment and a better scanning feature for Mobot. There will also be an optional mind mapping interface that will allow you to uncover more about the story and this sounds very interesting to me. And to expand the game there will be new optional missions for bonuses or just to delve deeper into the world of J.U.L.I.A.

I’m very interested in playing this so I’m definitely I’m looking forward to its release. As a huge fan of the sci-fi genre and one who loves adventure games this is right up my alley. And did I mention a great teaser trailer was released? No? Well make sure you check it out below. J.U.L.I.A. Enhanced Edition is set to be released in 2014