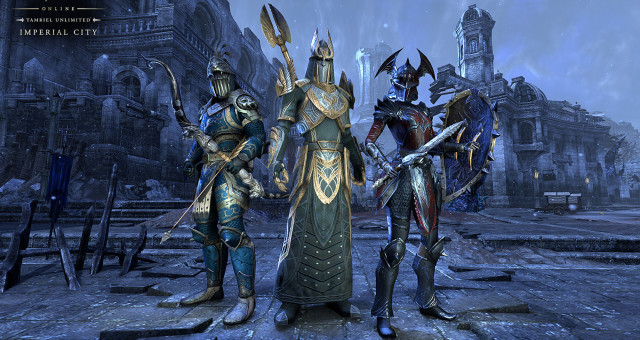 It’s been coming for some time but the first full DLC from Elder Scrolls Online is now available. It’s called Imperial City and is free for anyone who already has an ESO Plus membership or 2500 Crowns in the ESO Tamriel Unlimited Store (roughly $19.99). And Bethesda is pulling out all the stops for this one with new story content for both PvP and PvE, 2 new dungeons, 1 PvP dungeon, monsters, item sets and just about anything else you can fathom. You’ll have to at least be at level 10 in order to participate in the new PvP/PvE stories and that’s the only requirement. Here’s a list of the main additions:

And here are some additional changes overall with ESO:

Yes, I’m purchasing this DLC, and even though it’s been a while since I posted my review for ESO I’ll be reviewing this DLC as well as the numerous changes to the game since then. The Imperial City DLC is the perfect reason to return to Tamriel.  Check out the trailer below