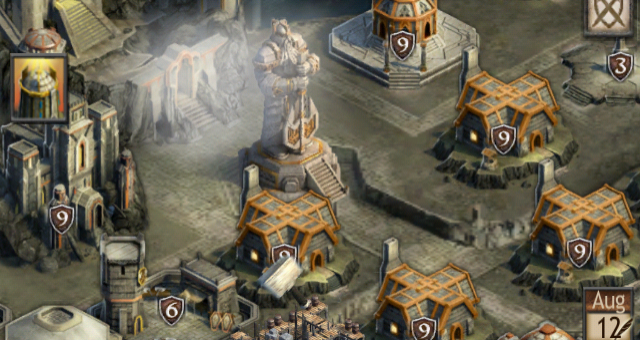 The Hobbit: Kingdoms of Middle Earth Upgrade 7.0 is now available and what it will offer is very impressive. I reviewed the game a few months back and I also posted about a strategy for a 2nd city. However, when all the features listed in the upgrade are live I will have to write an additional review going over all the improvements in the game as well as the new features. There have been tournaments and events from time to time but now, and it’s the feature I’m easily looking forward to the most, there will be a Campaign Mode in the game. As I’m writing this, the tab for the Campaign mode is available in the game with the upgrade but it’s currently stating coming soon. The description of it in the upgrade states that you will be able to fight against the forces of the Pale Orc as well as the Great Goblin with the help of Gandalf. I’m truly interested in seeing how this is implemented. The upgrade adds the following features according to the official description:

March Line is a simple yet much appreciated feature because now I can currently see my troop movements represented as an icon of the hero leading them as opposed to just a timer countdown. 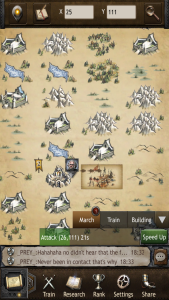 The City Guardian statue appears in the city now and can be selected but can’t be utilized yet. In order to upgrade it you have to use Artifacts you craft through the Sage’s Tower. But you can’t create Artifacts without collecting gems and metals that are only acquired through Campaign battles. So once this is activated it should lead to even deeper game play mechanics and strategy.

The Hobbit: Kingdoms of Middle Earth is currently available for free in the App Store and Google Play.